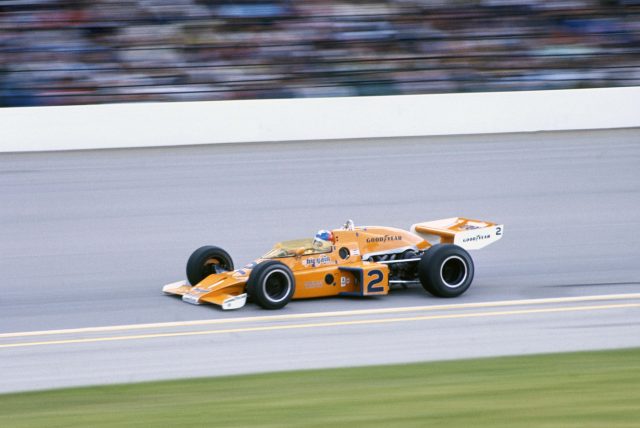 McLaren’s decision to enter a car for Fernando Alonso to compete in the Indianapolis 500 could pave the way for the team to commit to further IndyCar events in the future.

The Woking squad confirmed it will enter a car of the two-time Formula 1 world champion at the May 28 IndyCar showpiece in what will be McLaren’s return to the event after a 38-year hiatus.

Alonso’s entry will be run by the Honda powered Andretti Autosport squad with team boss Michael Andretti to call the strategy for the Spaniard.

McLaren has enjoyed success at The Brickyard with the team winning the 500 mile race in a Penske built chassis, driven by Mark Donahue in 1972, before Johnny Rutherford’s double victories in 1974 and 1976.

Following the announcement, major team shareholder Mansour Ojjeh has hinted the team could investigate the possibility of a full IndyCar schedule in the future and a Le Mans 24 Hours attempt.

“I’ve attended the Indy 500, and I came away hugely impressed by the scope and scale of this enormous and well-organised event, and the sheer enthusiasm of the hundreds of thousands of fans in attendance,” said Ojjeh.

“More than 30 years [after McLaren’s Indy 500 wins], I’m pleased and proud that we’re about to embark on a new IndyCar era for McLaren, this time with Andretti Autosport and Honda.

“The Indy 500 is the only IndyCar race we’ll be entering this year, but we may possibly repeat that in years to come and it’s just possible that we may even run a full-works McLaren IndyCar operation at some point in the future. We’ll see.

“Equally, we may potentially enter the Le Mans 24 Hours again some time – we won it outright in 1995 with our iconic McLaren F1 GTR – but to be clear we have absolutely no definite plans to do so at this stage.”