The Ayrton Senna exhibition at the Lamborghini Museum

An exhibition featuring every car raced by the late Ayrton Senna has opened at the Lamborghini Museum in Bologna, Italy.

Stefano Domenicali, chairman and CEO of Automobili Lamborghini, was on hand to inaugurate the exhibition.

Also present were Ercole Colombo and Giorgio Terruzzi, the curators of the Ayrton Senna. The Last Night photographic record and book.

A number of shots of Senna by the renowned motorsport photographer Colombo have been included in the exhibit.

Every race car ever driven by the Brazilian, who tragically lost his life in the 1994 San Marino Grand Prix, is on display, from his debut to the fatal accident.

Among those vehicles is a McLaren MP4/8 fitted with a Lamborghini V12 engine, identical to that which Senna tested at Estoril in September 1993.

The team had been investigating engine options for the following season, ultimately choosing Puegot for what proved to be a short-lived partnership.

The exhibition will run until October 9, alongside the Lamborghini Museum’s permanent collection. 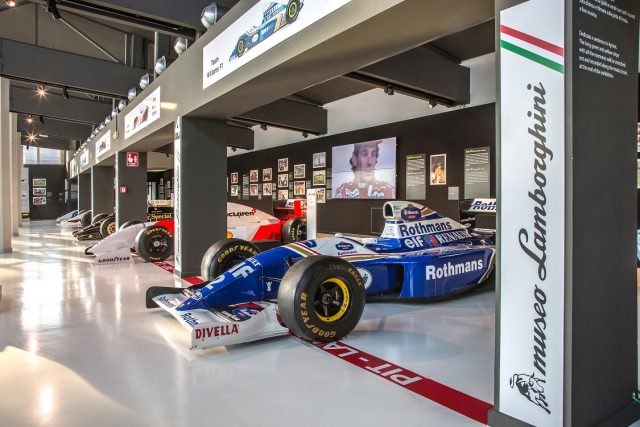