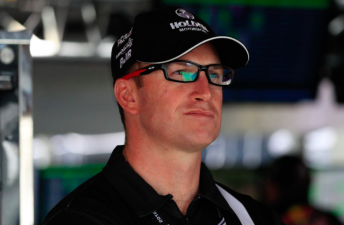 McNamara will bring a wealth of experience to the championship having spearheaded Holden’s sponsorship and motorsport programs during a 22-year stint at the company.

After departing Holden in February, McNamara will commence his new role at Australian GT immediately, which will see him work on generating commercial partnerships for the growing category.

The marketing professional oversaw a dominant period for Holden in Supercars with the marque taking championship victories in six of the last 10 seasons.

One of his final acts saw him convince the firm to continue in the sport by signing a three-year deal with Triple Eight.

“I’ve north of 15 or 20 years motorsport related activities in my role at Holden; it’s lots of learning that we can bring to Australian GT as we go forward,” said McNamara.

“Australian GT is in a really nice shape for marquee brands, and is really well run.

“The future of what GT3 and GT4 represents, the marquee brands that are associated with it now and going forward, and what we can do with those guys to develop sales for them and their partners, it’s exciting to be a part of it.”

“It’s a good addition to a good team, and that can only mean good things,” said Quinn.

“Simon is a very accomplished and well regarded motorsport figure in Australia.

“If I can add somebody in that’s accomplished in the commercial side of motorsport, I can only imagine that would be a good result.”

“We must make sure that we are providing the competitors, their sponsors and our commercial partners with opportunities to promote their brands,” said Collier.

“This will allow us to build Australian GT racing and expand the fan base through direct and media interaction.

“We also want to review our calendar of racing, find new racing opportunities, have increased manufacturer involvement and integrate GT4, so there is a lot of work to do this year.”

Alongside the acquisition of McNamara, Australian GT has recruited Michael Rasmussen as its new technical director.

A qualified mechatronics engineer based in Auckland, New Zealand, Rasmussen will join the championship at Perth’s Barbagallo Raceway from May 5-7.