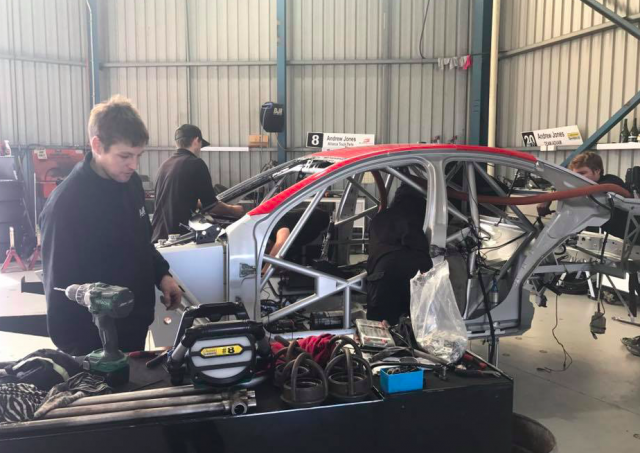 Brad Jones Racing has resurrected a repaired chassis involved in a frightening crash for Jason Bright at the 2014 Clipsal 500 for Dunlop Super2 competitor Jack Smith.

Smith featured in a heavy four-car pile up on the run to Turn 4 in the second Dunlop Super2 heat at Symmons Plains last Saturday. 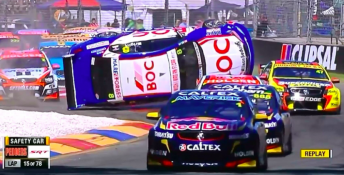 Following an assessment of the damage, BJR will build up the repaired chassis rolled by former BJR driver Bright in Adelaide for Smith to contest the next Dunlop Super2 round at Phillip Island from April 21-23.

The Formula 4 graduate from Queensland was unable to avoid team-mate Macauley Jones who was broadside in the middle of the track following contact with Jake Kostecki.

Garry Rogers Motorsport’s Mason Barbera then piled into the back of Smith as the incident unfolded.

As a result, Smith’s car sustained significant damage and was transported back to the team’s Albury base by Tekno Autosports, who left the circuit on Sunday with Will Davison’s wrecked Commodore.

Meanwhile, Macauley Jones’ car, which was also hit by Bryce Fullwood in the crash, is set to arrive at the workshop today along with the main game series cars.

The squad looks set for a busy Easter period after Tim Blanchard suffered damage to his Commodore following contact with the wall during Race 4 last Sunday.

VIDEO: Brad Jones offers an update on his damaged cars from Tasmania