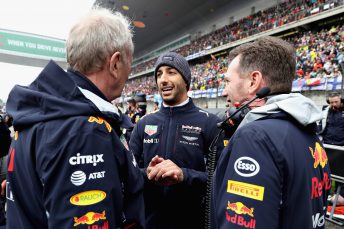 In accordance to FIA sporting regulations drivers are required to attend the national anthem at the start of each race.

The Red Bull Racing driver arrived late to the grid along with Force India’s Sergio Perez.

After missing the start of the ceremony, the FIA has subsequently handed reprimands to the pair.

This is Ricciardo’s first warning although it is the second time Perez has been reprimanded this year.

Drivers face an automatic grid penalty if three reprimands are accrued during a season.