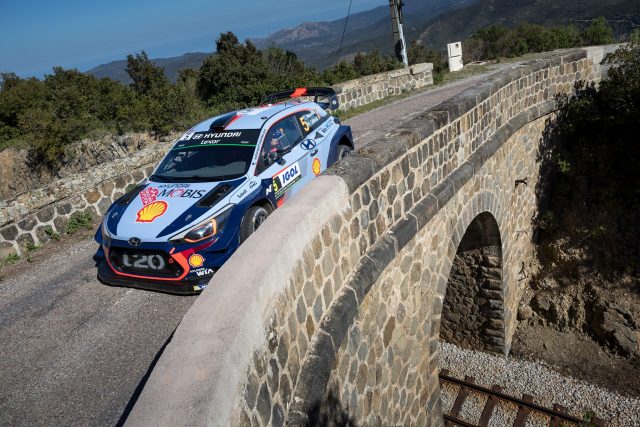 Neuville mastered the twists and turns of the Tour de Corse

Hyundai’s Thierry Neuville has finally converted with victory in the fourth round of the World Rally Championship, the Tour de Corse in Corsica.

The Belgian crashed out of the lead at the opening two rounds at Rallye Monte Carlo and Rally Sweden, but this time he powered to victory on the first all-tarmac event of the season.

After sitting in third on the opening day, Neuville moved to the lead on Leg 2 when Meeke retired from the lead with engine issues, then Ogier encountered hydraulic problems.

“It’s an amazing feeling to take the win here in Corsica this weekend,”said Neuville.

“I am sure there are many people who share in this celebration with us, not least the whole of the Hyundai Motorsport team. They have been so supportive of me since Monte Carlo and Sweden, and I’m really happy. This win is ours!

“It was a tough start to the rally with some struggles on Friday, but we worked through that methodically to return stronger. With Dani finishing third, we’ve picked up a healthy score of points which helps to get us back firmly into the title fight.

An incredible weekend for us.”

The drama on the final day centred around Ogier who dropped from second to third with electrical gremlins, but he fired through the final power stage to claim second by 1.3sec from the Hyundai of Dani Sordo. 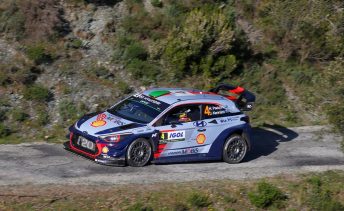 The bonus points Power Stage was won by Latvala from Ogier and Craig Breen (Citroen).

The Tour de Corse was not an easy weekend for Kiwi Hayden Paddon. The Hyundai driver struggled for consistent pace over the ten stages. Despite making headway in his performance on Corsican tarmac compared to last year’s round, the crew had to settle for sixth place.

“Our focus on this final morning was simply on bringing the car home and scoring a few more points. It’s been a learning weekend for us, but we have to find the positives,” said Paddon.

“There’s obviously still plenty to learn but we’re making progress. We must now look ahead to the next rally, the start of a run of five on gravel.

“We should have a good road position for Argentina so I’m looking to feature more prominently in the next events.”

Another podium result sees Ogier pull a margin in the driver’s standings.