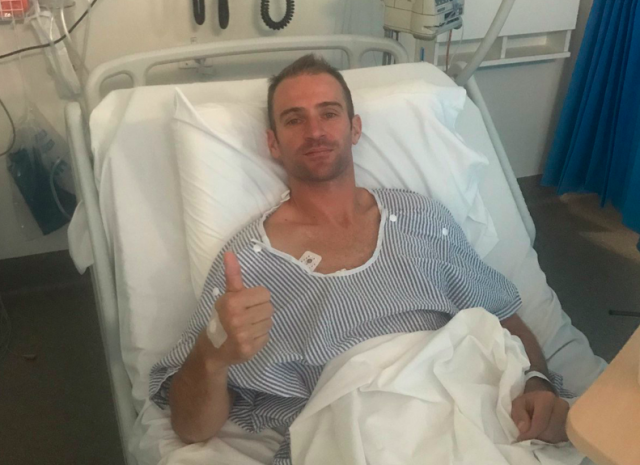 Will Davison remains in hospital

Will Davison has suffered a suspected fractured vertebra following his huge crash during Race 3 at the Tyrepower Tasmania Super Sprint.

The Tekno Autosports driver spent the night in Launceston General Hospital after complaining of back pain following a brutal impact with Rick Kelly’s Nissan Altima during a 12-car pile up at Symmons Plains on Saturday.

Further scans have revealed a suspected broken vertebra with doctors due to conduct further examinations to confirm the diagnosis.

It remains unclear if Davison will be fit enough to compete in the WD-40 Phillip Island 500 from April 21-23.

“He has had a bit of a rough night but he is feeling quite a bit better now,” Davison’s manager David Segal told Speedcafe.com.

“We are waiting for the surgeons to have a second look at everything but the indicators are good.

“They need to confirm whether there is a possible fractured vertebra or not.”

Close friend and Supercars rival Jamie Whincup, who visited Davsion in hospital last night, believes he has a 50/50 chance of being declared fit for Phillip Island.

“He is pretty sore and sorry. We all thought he has just taken a hit. But it’s pretty decent,” said Whincup.

“It’s going to be a pretty long week. He’s going to have to put the feet up and keep the drugs in.

“He is probably 50/50 for Phillip Island at this stage. That’s if the car is ready. Not all good news.

“But the good news is that spine is good and all the main organs are fine. He’s just got to rest up.”

After suffering extensive damage, Davison’s Commodore is due to leave Tasmania today and arrive back at the squad’s Queensland workshop on Tuesday to begin the rebuild process.

“We have been lucky enough to get the car onto a boat at midday today, so we are hopefully of getting it back to Queensland on Tuesday night,” said Tekno engineer Campbell Little.

“We took a lot of photos last night and examined those as we dismantled it. It will be a big job, but we will get it to Phillip Island.

“We have some fantastic help up there with PACE Engineering and spent a lot of time on the phone organising bits and pieces. It just might be a long Easter for some of us.”

Next Story Points penalty for Coulthard after Race 3 crash