Kris Meeke out front in Corsica

Kris Meeke out front in Corsica 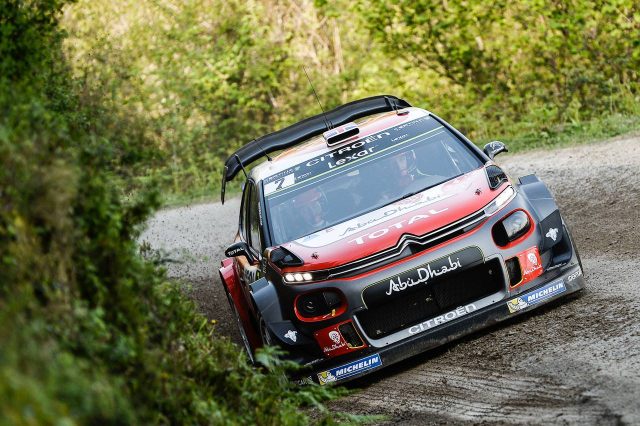 Meeke on the twisty mountains stages of Corsica

Kris Meeke has carried his form onto tarmac with an outstanding performance on the opening day of the first true tarmac of the World Rally Championship season, the Tour de Corse in Corsica.

After winning on the gravel in Mexico, Meeke jumped out of the blocks on the twisty sealed roads of the Mediterranean island winning the morning’s two stags, before take another stage win on the afternoon’s repeated run.

Although the Citroen driver dropped just one stage, he sits only 10.3sec ahead of world champion Sebastien Ogier. The rest of the competition was further back with Thierry Neuville setting the third fastest time in each of the four stages to be 25.8sec off the lead.

Dry conditions and temperatures around 20°C meant tyre choice was a straight-forward exercise as a clearly confident Meeke attacked the stages. This came despite a tough run on the wintery Monte Carlo opener in January.

“I really enjoyed driving the Citroën C3 WRC on these roads,” said Meeke.

“The rally is far from over, but today’s good result is just rewards for the hard work done by the team, especially during pre-event testing.

“We managed our day well, particularly in the afternoon when we had to cope with more dirt and gravel pulled onto the racing line and higher tyre wear. I feel good but I have to be wary because I only have a very narrow lead.”

Still learning the characteristics of the M-Sport Ford Fiesta, Ogier made some set-up changes for the afternoon which improved his confidence.

“We tried as much as we could today. I have to say that I’m pretty happy with my drive, but we also know that we’re still missing a little performance,” said Ogier.

“We tried a few things stage after stage and the feeling did get better as the day went on. It’s still not perfect, but we have some ideas for tomorrow that will hopefully help us gain some more speed. It’s all about the set-up and we have to try to improve the feeling in the car so that we can get the most out of it. 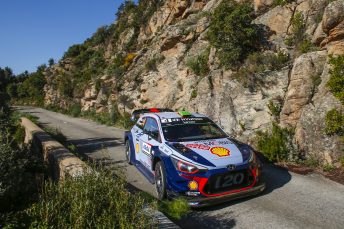 Craig Breen overhauled Dani Sordo in the final test to hold fourth in his C3 by 1.4sec. Sordo was 6.4sec ahead of Jari-Matti Latvala’s Toyota Yaris.

Hayden Paddon was disappointed with seventh, his cause not helped when he slid his i20 into a rock.

“Once you lose the rear, you are a passenger really,” said Paddon.

“The gap is bigger than I would like but we have this evening to work out how we can turn things around for the rest of the event.”

Elfyn Evans was more than six minutes off the pace after hydraulic problems rendered his Fiesta’s centre differential and paddle shift gear change unusable for much of the day. Team-mate Ott Tanak retired from fourth after crashing into a ditch and Juho Hanninen (Toyota) went out after hitting a bridge and damaging his steering on the opening stage.