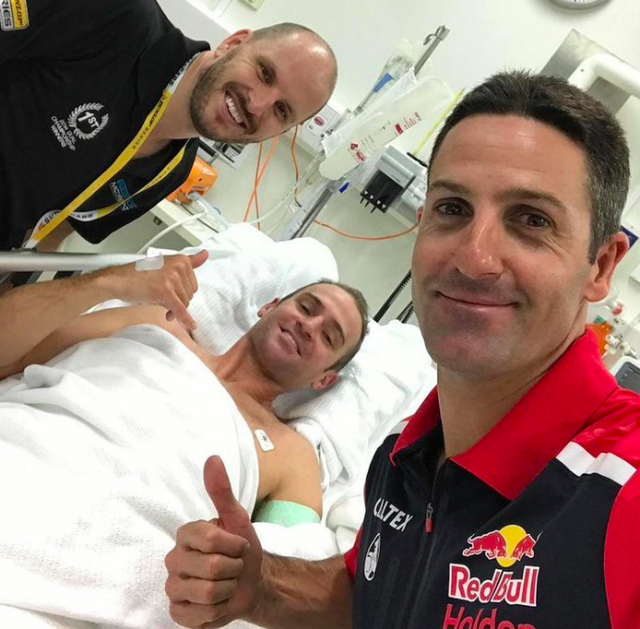 Will Davison will spend the night in Launceston General Hospital after being involved in a huge shunt at the Tyrepower Tasmania Super Sprint.

The Tekno Autosports driver was transferred to hospital after complaining of back pain following a severe front and rear impact in Saturday’s shortened Race 3.

Initial scans have revealed that Davison has avoided serious injury but doctors will continue to observe the 34-year-old.

“The doctors have run tests, he is in a lot of pain but everything seems to be okay,” Davison’s manager David Segal told Speedcafe.com.

“Nothing is broken but he is in a lot of pain and they are keeping him in overnight for observation.”

“Good news is CT scan is back and no spine or organ issues, just bloody sore in the lower back and where the belts held him in,” Whincup posted on social media.

“Night in hospital on the Endone’s and see what rolls tomorrow. I’m sure he’ll appreciate a message.”

Davison’s Commodore has been withdrawn from the event due to the damage sustained in the crash.