Practice abandoned due to Shanghai rain 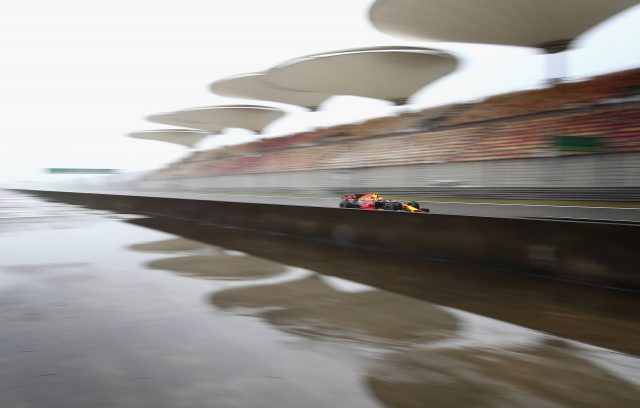 Formula 1 practice was abandoned due to poor weather

Second practice at the Formula 1 Chinese Grand Prix has been abandoned without a wheel being turned, while the opening practice session was also heavily compromised by weather.

While cars would have been able to take to the Shanghai track, the inability of the medical helicopter to land in the city itself due to rain affected both sessions.

A road ambulance would not have been feasible due to the travel time exceeding the FIA’s limit of 20 minutes.

Practice 2 was therefore abandoned completely, while Practice 1 saw only 20 minutes of running between two red flags.

Max Verstappen was the fastest of the 14 drivers who managed to set a time, clocking a 1:50.49s on intermediate tyres.

The Dutchman had eclipsed Lance Stroll, who had been the first man to take inters after most drivers started on wet tyres.

By the time he was removed from the gravel trap, the weather had deteriorated in Shanghai city again and the session did not restart.

Tomorrow’s Practice 3 from 1400 AEST now shapes as a pivotal session before qualifying at 1700.