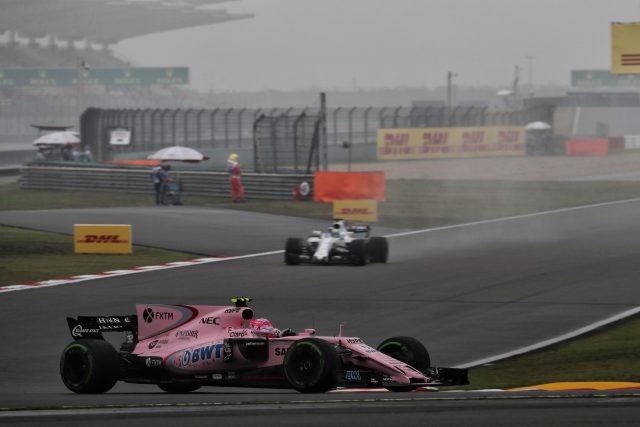 Running was limited on Friday due to low cloud cover

The Formula 1 Chinese Grand Prix is expected to go ahead as planned after the FIA dismissed calls for the race to be held on Saturday due to adverse weather conditions forecasted for Sunday.

Officials were forced to abandon Friday’s second practice session as low cloud cover prevented the medical helicopter from landing at a nearby Shanghai hospital if required.

The same reason saw only 20 minutes of the opening practice session completed earlier in the day.

With forecasts predicting further spells of poor weather on Sunday, calls from teams to move the race to Saturday had emerged from the paddock.

These have been rejected by the FIA which claims weather predications for Sunday will not be as bad as first feared, allowing qualifying and the race to take place in their original time slots.

Delaying the race until Monday is not an option given the logistics for freight to be shipped to Bahrain for next week’s race.

Third practice is scheduled to begin at 1400 AEST with qualifying due to start at 1700.