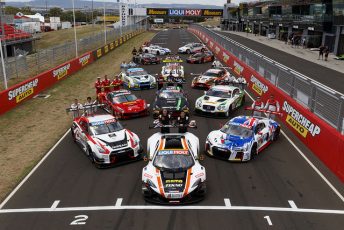 The Liqui-Moly Bathurst 12 Hour will continue to be held in early February, with the 2018 date now locked in.

The once-around-the-clock event will take place from February 2-4 next year, once again serving as the first major event on the Australian motorsport calendar, and the first hit-out for many international GT teams.

The Bathurst 12 Hour has run during February every year from 2008, after initially being revived as part of Easter’s Bathurst Motor Festival in 2007.

“The Liqui-Moly Bathurst 12 Hour has established itself as the traditional start to the Australian motor racing calendar,” said Event Director John Casey.

“The first weekend in February also allows for international teams and drivers to compete without any clashes with other events and has become a great tradition.”

A record crowd of more than 40,000 attended this year’s race, while the Seven Network’s Sunday telecast saw a reach of 1.2 million people.