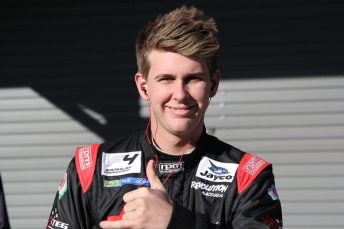 Nick Rowe will continue for a third year in the CAMS Australian Formula 4 Championship with AGI Sport, while Team BRM will welcome Kiwi debutant Liam Lawson.

Rowe made a part campaign in the championship’s inaugural year in 2015, before finishing runner-up to Will Brown last year.

“We gave Will Brown a run last year and took it right to the last round,” Rowe recounted.

“Now we’ve been to most of the race tracks and we’ve got some good data from last year so we’re aiming to win races straight up.”

Ungar comes to Australia after two years working in German Formula 4, and oversaw Rowe for the first time at the team’s test at Sydney Motortsport Park last week. “Timmi did a great job,” said the Karratha driver.

“We tried a few different things and with rain on the forecast at Sandown (Rounds 1, 2) that’s going to be perfect for us.”

Meanwhile, Lawson will become the first New Zealander to race in the Australian Formula 4 Championship when he lines up for Team BRM.

The Pukekohe boy won 14 of 15 races on the way to claiming the 2016/17 New Zealand Formula 1600 Championship (formerly Formula Ford) on his 15th birthday.