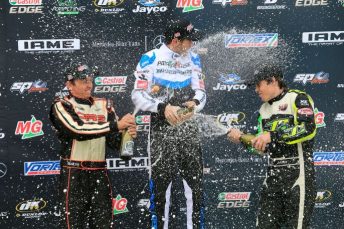 Troy Loeskow and Jace Matthews have backed up their opening round Australian Kart Championship victories with wins in the KZ2 and KA1 classes, respectively, at Geelong.

Loeskow won the KZ2 final from pole position in his Ricciardo Kart, managing his lead over Daniel Price to the finish.

Aaron Cameron took a hard-fought third in his JC Kart as he too finished clear of a turn one incident which took out eight drivers. 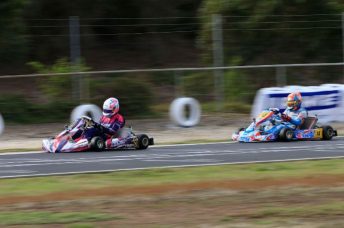 KA3 Senior went down to the wire with Leigh Nicolaou edging Matthew McLean by 0.1s after McLean closed in late in the race.

The third of five rounds of the The Australian Kart Championship, presented by Jayco and Castrol Edge, will be held in Monarto, South Australia from May 26-28.