POLL: Will DJRTP continue its strong form at Tassie?

POLL: Will DJRTP continue its strong form at Tassie? 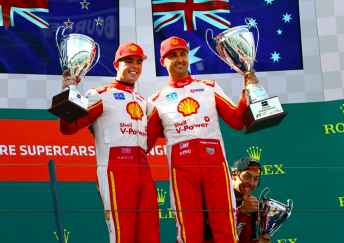 The Queensland team proved Triple Eight’s nearest rivals at the season opening Clipsal 500, scoring podiums in each of the 250km heats.

This strong form continued at the non-championship round at the Formula 1 Australian Grand Prix, with the Australian/American alliance enjoying three wins from four races.

Such dominance from Scott McLaughlin and Fabian Coulthard has left many wondering if the squad can maintain this rich vein of form.

DJRTP came out of blocks fast last year with strong performances at Clipsal and Albert Park, but struggled to live up to its impressive start as the season progressed.

This weekend’s visit to Tasmania’s Symmons Plains circuit is likely to provide a true test of DJRTP’s progress having struggled for pace in previous seasons at the venue.

In the last two years, the operation has scored just one top 10 finish at the 2.4km circuit.

However, this year the team heads to the Apple Isle having boosted its technical department in the off-season, with the addition of the experienced former Triple Eight technical guru Ludo Lacroix.

Meanwhile, managing director Ryan Story has moved to cool expectations heading into Tasmania claiming his team is far from the finished product.

What do you think? Will DJRTP continue its strong early season form at Tasmania this weekend?