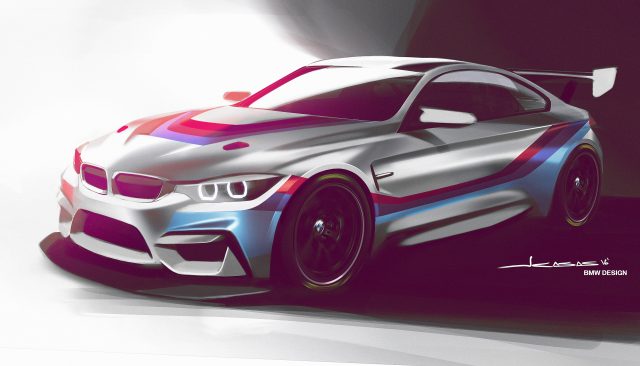 BMW Team SRM is keen to expand its motorsport program with a move into the burgeoning GT4 category.

GT4 racing is enjoying a boom period with BMW the latest manufacturer to embrace the class following in the footsteps of Aston Martin, McLaren, Mercedes, Porsche, KTM and Ford.

BMW is planning to send an example of its latest M4 GT4 to Australia for prospective buyers to test later this year, although a date for its arrival is yet to be confirmed.

The M4 GT4, based around M4 GT4 production sedan, is powered by a three litre, six cylinder engine, producing more than 300kW of power.

BMW debuted its all-new race car at the Dubai 24 Hours in January ahead of a full customer racing program scheduled for 2018.

The class is beginning to take off in Australia with a handful of cars already in the country. The vehicles are currently eligible to contest the Australian GT Trophy Series.

The BMW Australia supported Team SRM outfit currently runs two M6 GT3s in the Australian GT Championship and is among those interested in the M4 GT4.

“We will be interested for sure to see if there any people keen in running in GT4,” Team SRM boss Steven Richards told Speedcafe.com.

“BMW Australia are interested in the product itself for some of their motorsport customers.

“We would love to see four or five of them in the country and we are happy to facilitate the ability for a customer to be able to run in those cars.

“There are a few GT4 cars in the country and while there is no specific class for them currently, you would think there would be plans to move in that direction in the future.”

Following rapid growth in Europe, it is expected GT4 racing will undergo a resurgence in Australia this year. Next Story Ricciardo keeping an eye on Supercars rookie Rullo