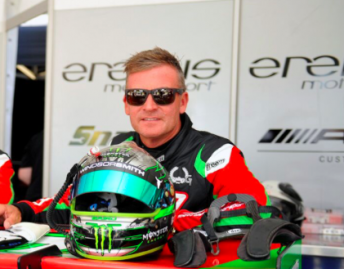 The former Supercars and Carrera Cup Australia star will make his Bathurst 6 Hour debut alongside team owner Walden in the squad’s leading Mercedes-Benz AMG A45 Class A entry.

GWR will also enter a second AMG A45 for the first time, to be driven by Robert Woods, Ben Porter and Duvashen Padayachee.

The team tested at Sydney Motorsport Park on Friday although ex-Cyclone Debbie forced Baird to miss the test.

“Craig (Baird) literally texted me saying ‘I’ve got a Mercedes-Benz race suit, how do I get in one of your cars’ and it was as simple as that,” said Walden.

“Unfortunately he missed the test day but we know he’s experienced enough to jump in the car and be on the pace.

“He brings a lot to the team and it was a no-brainer to grab him to drive alongside me.

“He’s obviously got the Supercars and GT experience but he won the 12-hour when it was a Production Car race, too. I think we’ll be a good shot at a win and that’s what we’re going for.

“The sister car is also a real podium chance. Robert hasn’t been there before but should be up to speed quickly working with the other two guys in that car.

“Both Ben and Duvashen tested the car and were really quick – in fact all four drivers who tested were within the same ballpark.”

GWR will also field cars in Class B with the Race for a Cure Subaru Impreza WRX STi to be driven by Ben Kavich, Michal Kavich and Kieren Pilkington in class B1, for High Performance Forced Induction entries.

Meanwhile, the defending Class B2 winning Holden VE SS-V Redline will once again be piloted by Brian Walden, Michael Auld and Richard Bloomfield.

This year’s production car enduro will see GWR bring an experienced engineering group to run the cars at the famous 6.2km circuit.

Fellow Supercars Championship engineer Barry Hay will manage the Subaru and Holden Commodore entries, while the team will also import an experienced engineer from The Netherlands to help manage the performance of the team across the weekend.

“It’s a big program and it’s all in a bid to give us the best possible chance to go for a victory,” added Walden.

“It’s a massive assault. A huge thanks goes to Myriam, our team manager, for pulling it all together.

“We’re doing it for our mate Ron Searle, who was the instigator of getting the Mercedes’ on track but because he’s been crook still hasn’t seen the car run in person yet.

“He’s just gone through another round of surgery so won’t be with us this year, though his name will be on the car and he will be riding with us.

“It’s a big push to grab a Bathurst win for him.”

A 66-car grid is expected for the Bathurst 6 Hour scheduled from April 14-16. 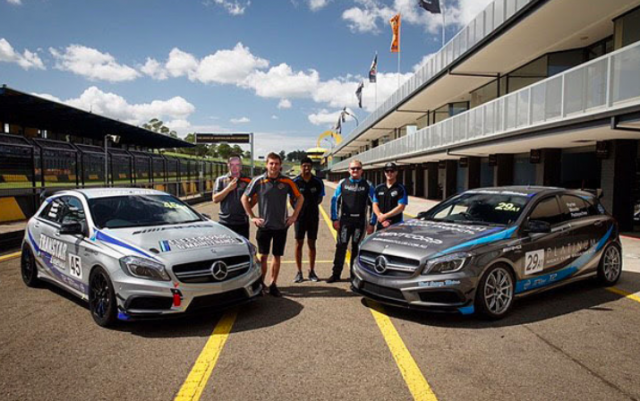