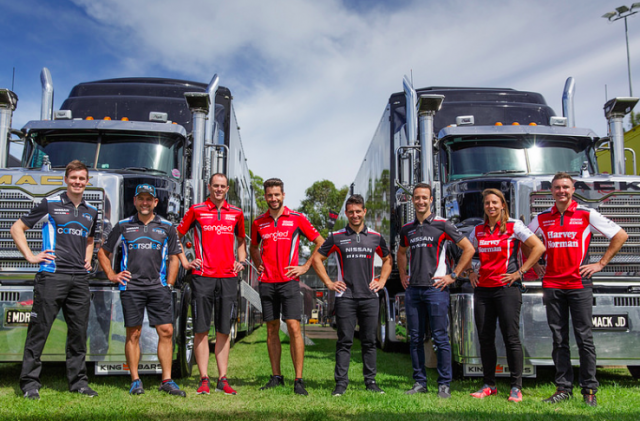 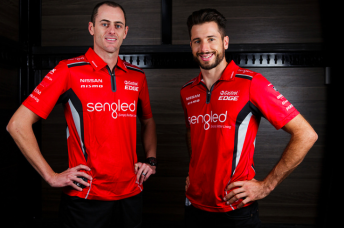 David Wall and Rick Kelly will pilot the #15 Sengled Nissan

Nissan Motorsport has confirmed its full co-driver line up for this year’s Pirtek Enduro Cup.

The Braeside operation has signed former Supercars full-timer David Wall as its newest recruit with the ex-Garry Rogers Motorsport driver set to drive alongside Rick Kelly in the #15 Sengled Nissan.

Russell has previously driven for Nissan alongside Todd and Rick Kelly and more recently Dale Wood in the enduros.

Dean Fiore is set for his fourth season alongside Michael Caruso in the #23 Altima, while Dunlop Super2 Series driver Jack Le Brocq will drive the Carsales Racing Todd Kelly entry, which was announced in January. 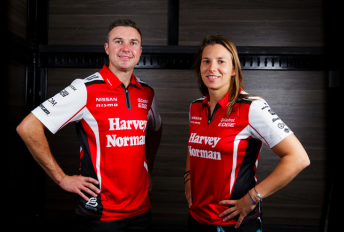 Yet to drive the Nissan Altima, Wall is looking forward to a new challenge having raced a GRM Volvo for the last two seasons.

“It’s great to be joining Nissan Motorsport for the enduros this year,” said Wall.

“We had a good campaign last year, and I always thought that Rick and I would be a good combination. It’s a nice change this year to try a new car and team.

“The first time I’ll drive the car will be at the Winton co-driver session, which is getting closer and closer. So I’m excited to get behind the wheel.”

Having worked with the team for seven seasons, Russell’s experience will be valuable to former IndyCar driver de Silvestro as she prepares for her first Pirtek Enduro Cup campaign.

While the Swiss driver is yet to experience the Sandown 500 and the Gold Coast 600, this year will be her third Supercheap Auto Bathurst 1000, following two wildcard runs alongside Renee Gracie.

“It’s going to be a little different this time,” said de Silvestro. 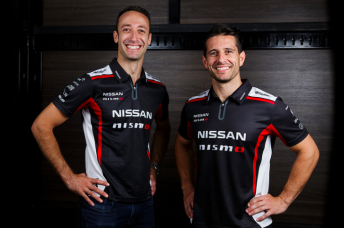 Dean Fiore will rejoin Michael Caruso for a fourth campaign

“This year I’ll arrive at Bathurst with a lot more races under my belt. It’ll be a bit more serious than just doing a one-off. I’m keeping an open mind, as sharing the car at three events is very new for me.

“It’s going to be great to share the car with David.

“Overall, he has had more seat time in the Altima than me, so that experience will be really useful. Hopefully, we can be pretty competitive and share in some good results.”

“Having the knowledge of the Nissan package, my job is to back up Simona in what she needs from the car,” added Russell.

“I’ve had a longer time in the car to understand what it might be like at the end of the race at a place like Bathurst. So I’ll be there to help with that kind of experience as well.”

Meanwhile, Caruso is hoping the continuity of his partnership with Fiore will translate into results for the #23 Altima.

“It’s great to have Deano onboard again this year. He feels like a part of the furniture,” said Caruso. 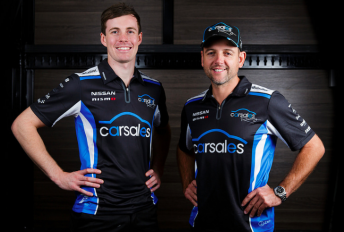 “To have a driver like Dean, with his vast experience, that’s a huge asset to the team. We’ve had some success in the past, and I’d love to share some more success with him this year.”

Team co-owner Todd Kelly is confident his new recruit Le Brocq will be more than ready for the enduros having jumped behind the wheel of Kelly’s old Altima chassis for this year’s Dunlop Super2 Series.

“It’s good to give a young up and coming guy an opportunity, exactly like we did last year – which worked really well for us,” said Kelly.

“Perhaps it will be even more beneficial this year, as Jack is in my old car for the whole Super2 series.

“So he’ll be intimately familiar with the Nissan Altima and he’ll slot straight in at Sandown, Bathurst, and the Gold Coast.”

The Pirtek Enduro Cup begins with the Wilson Security Sandown 500 from September 15-17.