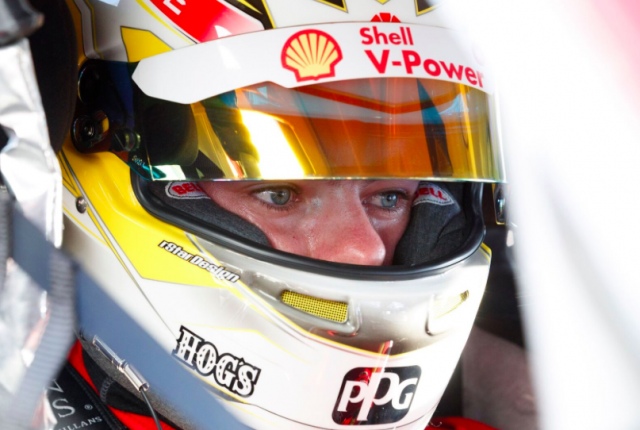 The Shell V Power Racing Team scored three victories from the four non-championship races at Albert Park including a breakthrough maiden triumph for the American/Australian alliance.

McLaughlin has responded to comments made by Red Bull HRT driver Jamie Whincup, who claimed the team has all of Triple Eight’s secrets after the squad’s long-time technical guru Ludo Lacroix joined DJRTP in the off-season.

DJR Team Penske has enjoyed a strong start to the season scoring podiums at the Clipsal 500 prior to its Albert Park domination last weekend.

Speaking to Fox Sports News, McLaughlin says Lacroix’s knowledge is valuable to the team, but is not the sole reason for the team’s up turn in fortunes.

However, the Kiwi admits he is enjoying the growing rivalry between the two operations.

“Ludo’s on our squad now, which is fantastic, but he’s not the ultimate key,” McLaughlin told Fox Sports News.

“But at the end of the day, we’ve got some of their secrets… some of them, we’ve probably got most of them, so that’s quite a good thing.

“It’s a cool thing and we’ve got to try to use that to our best advantage.

“It’s always going to be a little bit hard for them, but I’ve just got the popcorn out and I’m having a good time reading all the comments and I know we’re in their heads so it’s a fun thing,”

The circuit has been a Triple Eight strong hold while DJRTP has struggled at 2.4km venue in the recent past.