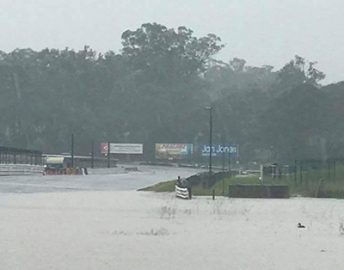 Lakeside Raceway has been closed for the day after cyclonic conditions caused localised flooding at the Queensland circuit.

With Cyclone Debbie moving down the coast and now lashing south-East Queensland, a motorcycle ride day at Lakeside was called off this morning.

It is hoped, however, that this weekend’s Queensland Racing Driver Championship meeting will run after water subsides at the Lake Kurwongbah venue, 30km north of Brisbane.

“The track has a bit of localised flooding where the rain is just heavy,” Matthew Ronke competition manager for Queensland Raceways, which runs both Lakeside and the Ipswich circuit, told Speedcafe.com.

“Hungry Corner’s got a bit of water on it at the moment, so you wouldn’t be able to drive cars on it at the moment as well, but just with this much water they’ve pulled the pin on the bikes early this morning before it even started to get heavy. 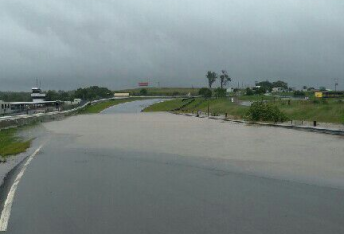 A lack of rain prior to this week’s cyclone is, however, expected to allow the track to drain quickly due to low water levels in the lake.

“It’s been quite dry. The lake out the front of Lakeside has been barely visible for the last month or so, and it’s only starting to fill back up so it’s got a lot of capacity to take quite a bit of rain,” added Ronke.

“If the lake was right up then it’d take a long time to drain away, so that might put the event under threat a bit.

“The plan is for the weekend to carry on. The rain should subside and water levels should be low enough that we should be able to run.”

Queensland Raceway, near Ipswich, has so far been spared the worst effects of the weather system. 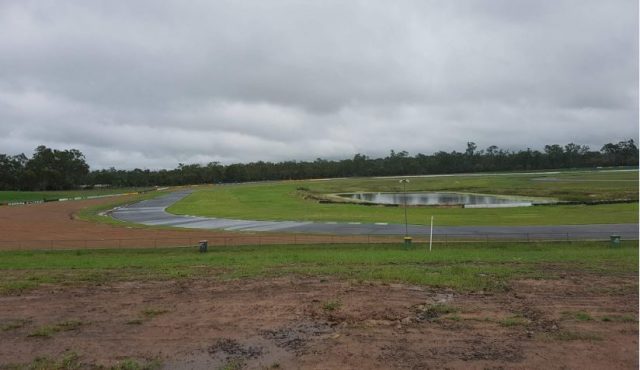