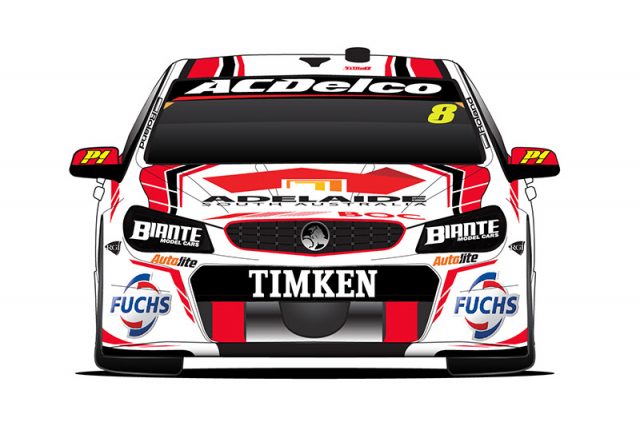 Percat’s new look also sees a return to the car number being displayed on the doors as well as the windscreen.

This is the third livery showcased on the #8 Holden in as many race meetings, with the team yet to confirm its primary sponsor for the entry.

The car adopted a special one-off Clipsal livery at the season opening Clipsal 500 and a ‘Supporting Equality’ scheme during last weekend’s non-championship event at Albert Park.

The new livery arrives following a mammoth rebuild of the car which was withdrawn from Albert Park after Percat suffered a frightening crash during the opening heat.

“We’ve had an association with Biante for over 20 years and it’s fantastic that they are taking up this opportunity to be the naming rights sponsor at Tasmania,” said BJR team owner Kim Jones.

“There is a strong model car collectors group in Australia and the drivers, Brad and I get to meet many of them through the Biante Collectors Nights.

“The #8 Biante car is going to look sensational on track and I’ll definitely be adding one of these BJR Biante Model cars to my collection.”

The car will break cover at Symmons Plains for the Tyrepower Tasmania Super Sprint from April 7-9.