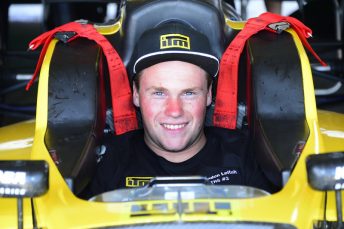 Kiwi Brendon Leitch will drive for an all-New Zealand team as he steps up to the Formula 4 United States Championship this year.

Leitch will run under the banner of Kiwi Motorsport and will be the first New Zealander to race in F4US, which held its inaugural season in 2016.

The 21-year-old raced in his home country’s Toyota Racing Series from 2014 to 2017, with a race victory in each of the three campaigns.

“I just want to jump in the car and get out there,” said Leitch.

“The support is overwhelming both here and in America – the US F4 people are keen to see us do well, which is fantastic.”

While the team will operate as Kiwi Motorsport, Leitch will continue to be fielded by Garry Orton’s Victory Motor Racing team, for which the Invercargill-born driver drove in TRS.

“We will be known as Kiwi Motorsport and I am very excited to have a full team of New Zealanders,” Leitch added.

“It’s good for my confidence as well as having some familiar faces on the team as I progress into the American motorsport scene. I will be proud to fly the flag for New Zealand.”

The South Islander will continue to be supported by hardware retailer Dayle ITM, but is still working on finalising a budget for the campaign.