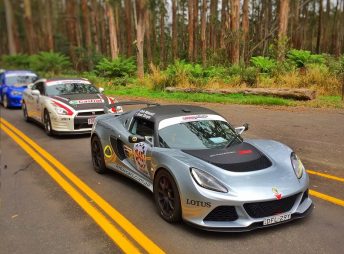 The Australian Tarmac Rally Championship has refuted claims by CAMS regarding the safety of its events following a serious crash involving Grant Denyer and co-driver Dale Moscatt.

The championship has issued a response to a statement made by CAMS earlier today which questioned the safety of Australian Tarmac Rally Championship events after Denyer and Moscatt suffered injuries in a crash during’s Sunday Lake Mountain Sprint Rally.

The Australian Tarmac Rally Championship and its Lake Mountain Sprint Rally, in Victoria, is run under sanctioning from the Australian Auto-Sport Alliance.

“Having previously been sanctioned by CAMS for our events we have now been sanctioned by the Australian Auto Sport Alliance for the last 9 years, legally recognised by the state government, and are subject to their exhaustive risk management protocols.

“For CAMS to show concerns of high risk activities on public roads is hypocritical in itself as they also sanction tarmac rallies in Victoria as well as other states.

“To call into question the safety of Mountain Motorsport events is defamatory and I will be referring this to our legal representatives.

“I believe our safety standards are second to none, in fact far superior to similar events sanctioned by CAMS and will let our competitors comments uphold my statement.”

The Australian Auto-Sport Alliance has moved to issue its own statement regarding the matter.

“The AASA is holding its usual investigations into major incidents to determine causative factors,” read the statement.

“The AASA stands by its commitment to upholding a high level of safety standards, and ensuring appropriate protocols are followed in the event of an incident.

“The AASA acknowledges event organisers Mountain Motorsports and Race Solutions, were incredibly effective in their response times and dealing with this and other incidents at the event.

“This event has been run in this format and under the sanction of the AASA for several years with full permissions and approval of civil authorities. AASA passed VicRoads accreditation process and has Victorian Government Gazettal to close roads for event purposes.

“AASA, as always, works with all authorities to deliver safe events.”