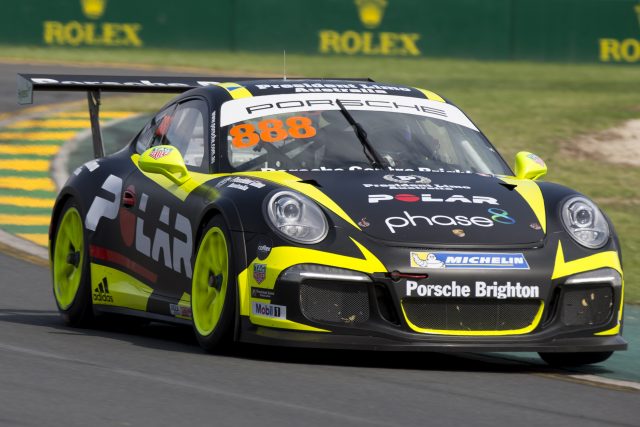 Alex Davison took the final race in the Carrera Cup

Alex Davison has come through to take victory in the final race of four in the Carrera Cup, while second place for Cameron McConville gave him his first overall victory.

Starting from pole, McConville held the lead over the opening laps, before Davison got through on the fourth lap. He then pulled a gap which he held through to the finish. 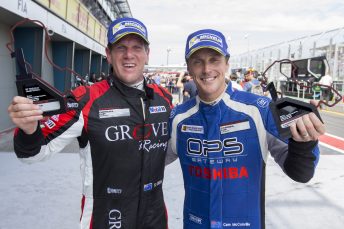 Round winners Grove and McConville

Nick McBride looked to be in the box seat for overall honours after winning the first two races. However, he was passed by Sonic Motor Racing Services team-mate Andre Heimgartner. McBride equal on points with McConville, but second overall for the weekend based on the final race result.

Heimgartner’s result extended his lead in the points standings to 34 points.

In the Tag Heuer Carrera Challenge, Stephen Grove kept his perfect start to 2017 going with his seventh-straight race win in the semi-professional class. Marc Cini second with debutant Matt Palmer in third. Overall it was Grove from Palmer and Dean Cook for the weekend.

The Carrera Cup next races in the pro-am event at Phillip Island at the end of May.

AUDIO: McConville, Davison and Grove speak after the final race

Next Story Campbell steps up Supercup prep with Nurburgring run