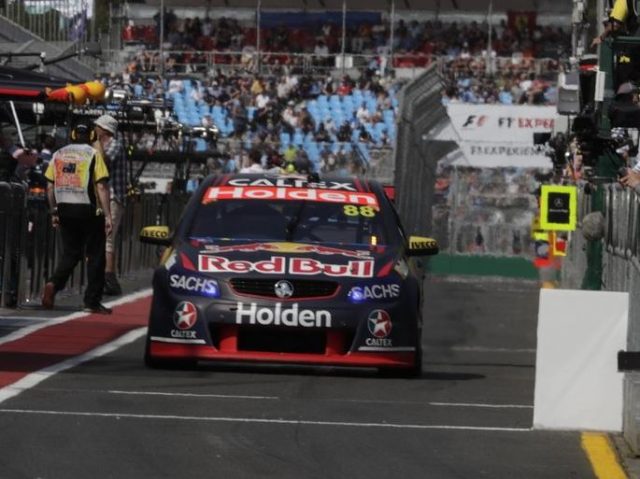 A broken brake bias cable was responsible for the puncture which took Jamie Whincup out of the running in Race 4 of the Coates Hire Supercars Challenge at Albert Park.

Whincup had briefly led the race as a result of a puncture for Fabian Coulthard and was running second when the left-rear tyre on his Red Bull HRT Commodore failed.

He limped car #88 back to the pits and returned to the circuit to ultimately finish 19th.

Whincup’s Triple Eight team had been frantically working to fix the problem just prior to cars exiting pit lane, but could not do so in time. 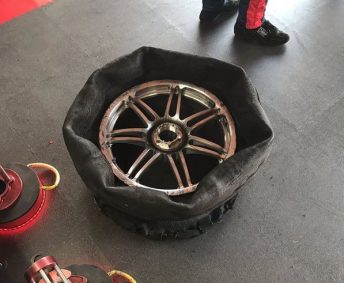 “Broken brake bias cable,” Whincup told Speedcafe.com when asked of the cause.

“The bias went all the way to the rear and I was locking rears, overheated the rear tyres, and then they blew out.”

The six-time champion is unsure of the cause of the cable breakage, but lamented his poor luck after being set for another strong result to back up his second place finish in Race 3.

“We’d done a good job, solid over the four races, and we were box seat for the win until the brake bias cable broke and that’s the way it goes.

“We were competitive but unfortunately luck didn’t go our way, which is disappointing.”

Meanwhile, DJR Team Penske is yet to determine the cause of the issue for the #12 Shell V-Power Falcon.

Coulthard said he had no warning when the tyre let go while leading.

“I hit the brake pedal and at the same time I had an issue with the left front tyre. There was absolutely no warning,” said Coulthard.

Dunlop has confirmed to Speedcafe.com that it will investigate the cause of the Coulthard blow-out.

The Virgin Australia Supercars Championship continues at the Tyrepower Tasmania SuperSprint from April 7-9.