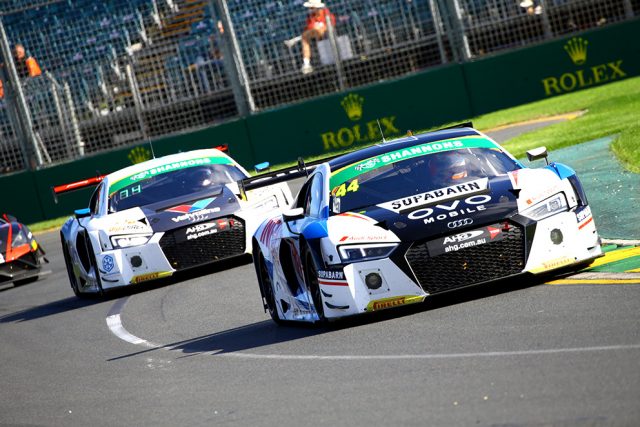 Walsh had led van der Linde across the line

Kelvin van der Linde has been awarded his first Australian GT race win after Ash Walsh was one of a number of drivers to have been handed a post-race penalty overnight at Albert Park.

Walsh had withstood the early pressure from the South African factory Audi driver before edging away in the latter laps for what would have been his own maiden win in the championship.

However, after a thorough review of the start of the motor race, 10 competitors were issued time penalties for start line infractions in Thursday’s race, while Benny Simonsen was excluded altogether for his Ferrari 458 running underweight.

Walsh drops from first to third in the Infants’ Friend Audi R8 and David Russell from third to fourth in the JBS Lamborghini R-EX, elevating Daniel Gaunt from fourth to second in the KFC Audi R8.

The penalties also affect the starting order for this afternoon’s Race 3, starting at 1205 AEDT, which is set by Race 1 results.

See below for revised results.