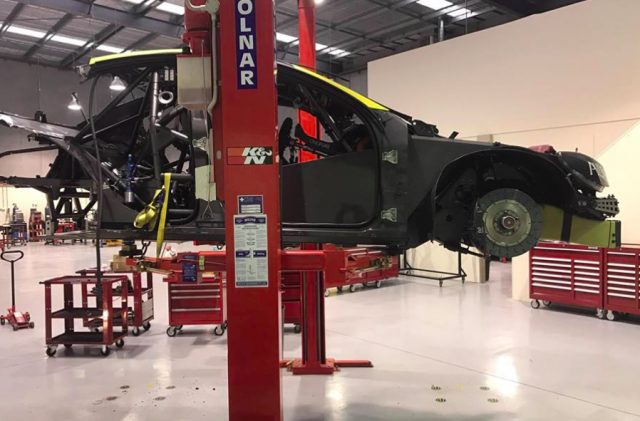 The Commodore driven by Lee Holdsworth sustained extensive chassis damage after being taken out of the opening race by an out-of-control Nick Percat, who suffered a brake failure at Turn 1.

Following the incident, the car returned to the squad’s Mount Waverley workshop to commence repairs.

The squad has since sourced the parts it requires to repair the car, which includes a rear subframe.

Supercars teams from up and down pit lane have come to the operation’s aid with parts.

“We are 50/50 for tomorrow, we are trying as hard as we can,” Schwerkolt told Speedcafe.com.

“We have got an amazing group of sponsors and we have a corporate facility, so we really need to be out there for them.

“Everything from the rear doors back is damaged on the car. The roll cage, the rear rails and everything in the suspension is gone, so it is a massive fix.

“We are busting our chops to try and get out there. It is a massive job.

“We might do an all nighter and there is a 50/50 chance for tomorrow.

“It was a slim chance before but it will all depend on how they get this subframe back in the car. We will see how that goes.

“A lot of teams have helped us out and are keen to get out out. The support has been incredible.”

The final Supercars race is set to begin at 1305 local time.