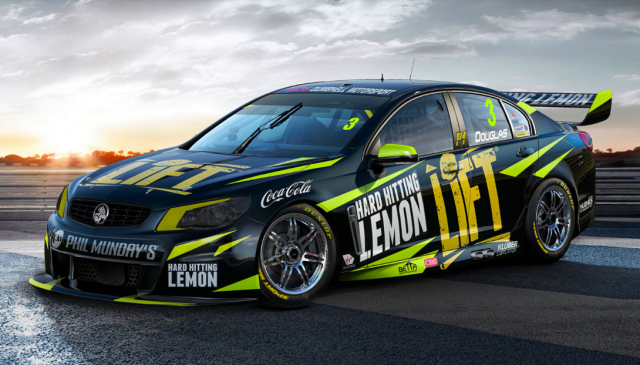 Taz Douglas will sport a new look for the remaining two races of the non-championship Supercars event at the Australian Grand Prix.

The #3 Lucas Dumbrell Motorsport Commdoroe will run in a black and yellow colour scheme courtesy of a late deal between the Melbourne team and drinks giant Coca-Cola.

Douglas, who was drafted in to fill the vacant seat, will showcase the ‘Lift’ brand of soft drink, owned by Coca-Cola, which has been a minor sponsor on the car.

“I’m honoured to have the support from Coca-Cola,” said team owner Lucas Dumbrell.

“They supported us last year and their continued support for this year is greatly appreciated.

“They’re (Coca-Cola) a great group of people and I just hope that we can bring them home some decent results throughout the 2017 season.”

The new look Commodore will be displayed for the first time during Race 3 at Albert Park, which is scheduled to start at 1520 local time.