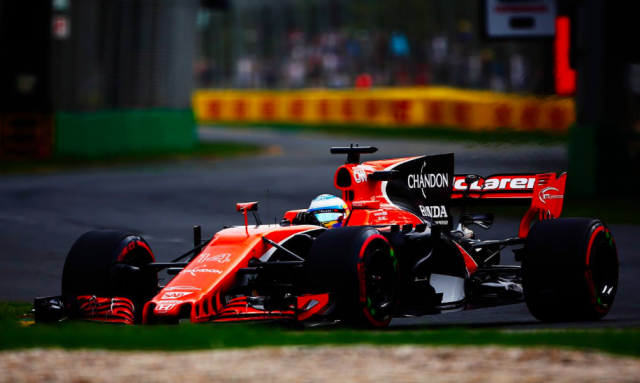 Fernando Alonso is banking on performing miracles to after McLaren endured a frustrating start to the Australian Grand Prix.

McLaren has arrived at Albert Park on the back foot following disastrous pre-season campaign blighted by pace and reliability issues with the Honda power unit.

The struggles have continued in Australia although Alonso was able to end Friday practice 2.3s shy of the front running Lewis Hamilton.

Frustrated by the step backwards Honda has taken his year, the double world champion believes there is little chance of a strong result at the season opener.

When asked what he could expect from the weekend, Alonso says he would have to ‘try to perform miracles’.

“We have some issues but I think in terms of the experience we had in winter testing let’s say I would have less issues than in Barcelona so we were able to run a little bit more in FP1 and FP2, and thanks to that we struck a little bit of the potential of the car

“Positive from that aspect, but there is more to come, and we have to keep working because we are still quite far away in terms of lap time

“Of course (it is frustrating), I feel well prepared.

“I feel very fast, I feel attacking the corners and when I run behind someone I catch them in the corners like 50 metres, and I lose 200 on the straights. It’s very frustrating.

“I don’t care who is in the middle pack.

“If we are 13th, if we are seventh, if we are ninth and there is a Renault in front or a Force India, I don’t care too much.”

Honda boss Yusuke Hasegawa admits his firm has plenty of ground to make up on its rivals this weekend.

“We still have some more room for improvement with mapping for better driveability, and of course, we are not satisfied with our current position,” said Hasegawa.

“We will work hard during FP3 together with McLaren to find the best set-up.”

Alonso will jump behind the wheel of the MCL32 in Practice 3 today at 1400 local time.

Next Story Vettel blitzes Albert Park as Ferrari fight back