McBride makes it two from two in Carrera Cup 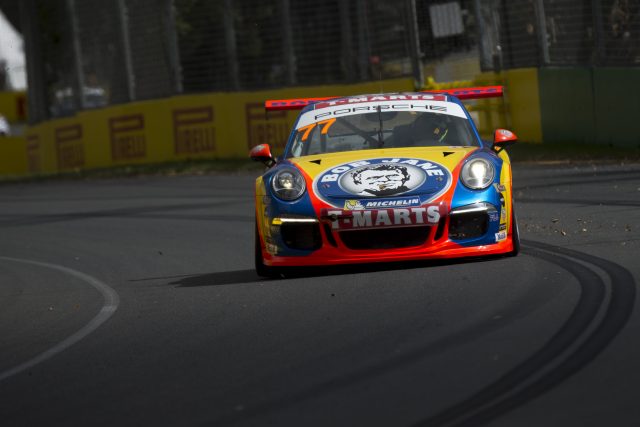 Nick McBride has kept his perfect run going in the Carrera Cup with victory in Race #2 at Albert Park.

McBride, who scored pole and victory in the first of four races yesterday, got the jump off the start to lead Sonic Motor Racing Services Andre Heimgartner.

At different stages during the 10-lap race, Heimgartner closed the gap to McBride, but with an eye on maintaining his championship lead settled for second place through to the finish.

The major battle in the race was for third with Cameron McConville having to fend-off a determined Alex Davison throughout the 10-lap journey.

Davison got a great start from fifth on the grid and was right in the mix heading into the opening turn. McConville was able to use all his experience to keep Davison behind as the duo battled throughout the race.

The hard luck story of the race was Jaxon Evans who broke a drive shaft on the warm-up lap.

The third race of the weekend will take place 1245 local time on Saturday.