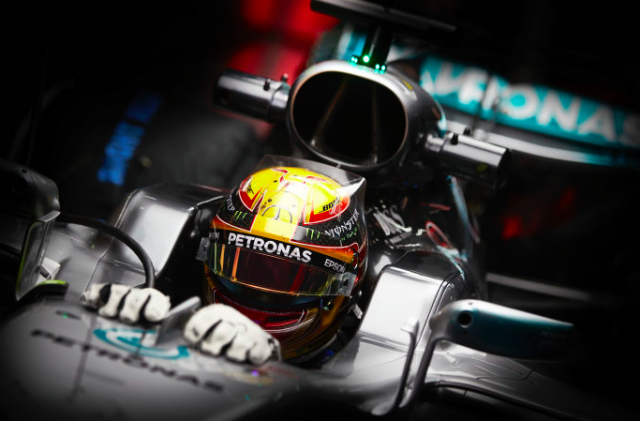 Lewis Hamilton produced an ominous display as Mercedes dominated the opening practice session of the season at the Australian Grand Prix.

The three-time world champion set the pace from the outset with a 1:25.535s before going on to shave a further 1.3s from the time during the 90 minute session.

Hamilton produced his session best 1:24.220s on ultra-soft tyres not long after the hour mark which stood for the remainder of the running.

His time was an impressive 5.505s faster than the effort he produced on softs to top opening practice last year.

The Brit’s new team-mate Valtteri Bottas enjoyed a brief period at the top of the times before Hamilton blitzed his time by more than half a second.

Daniel Ricciardo produced encouraging pace in his revised Red Bull RB13 to finish the session in third 0.6s adrift of the pace.

The Australian, who set his best time on super-softs, also held top spot briefly in the session.

After revealing his Red Bull would have a raft of upgrades this weekend, the RB13 rolled out with a new front wing and other noticeable aerodynamic upgrades.

Max Verstappen was fourth in the sister car despite suffering a small gearbox glitch earlier in the session.

Kimi Raikkonen was fifth ahead of team-mate Sebastien Vettel as Ferrari elected to conduct less running on a dusty track compared to its rivals.

Debutant Lance Stroll put his Williams in 124th ahead of Fernando Alonso, who was the fastest McLaren, albeit 2.8s shy of the pace.

Srtoffel Vandoorne was limited to running in the second half of practice due to a reliability concern on his McLaren that kept him in the garage for a sustained period.

The second 90 minute practice session is scheduled for 1600 local time.