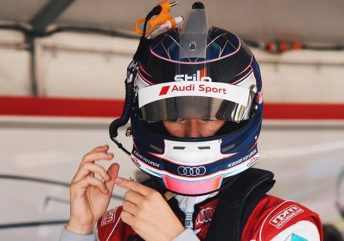 The South African will start Race 1 from pole in the #74 Valvoline Jamec Pem Racing Audi R8 he shares with Geoff Emery.

It was an all-Audi top three, with Daniel Gaunt coming in third fastest behind the #44 Supabarn Supermarkets Audi R8 of Walsh and co-driver James Koundouris.

The final Australian GT qualifying session which will set the grid for Race 2 is scheduled for 1405 local time.