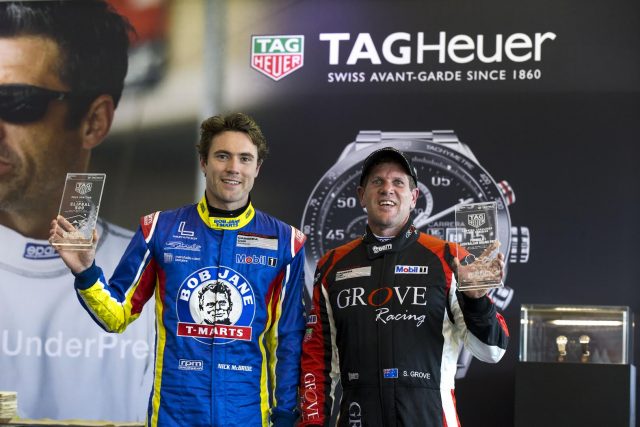 Nick McBride and Stephen Grove with their pole awards

Nick McBride has put a disappointing round at the Clipsal 500 behind him to score pole for the opening race of the 100th round of the Carrera Cup at Albert Park.

The second row will be shared by Dylan O’Keefe and Cameron McConville.

David Wall was fastest in practice, but will start from eighth in the first of four races later this afternoon.

Stephen Grove was the best in the Tag Heuer Carrera Challenge.

The first race is set down for 1620 local time.