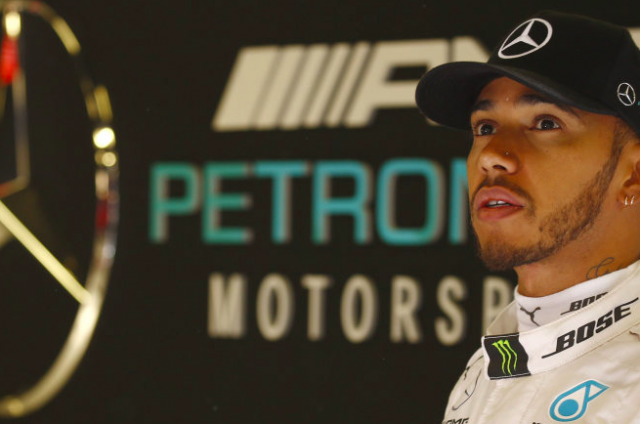 Lewis Hamilton expects Mercedes to have fight on its hands at the Australian Grand Prix after labelling Ferrari the favourites at Albert Park.

The three-time world champion believes the Maranello team’s display in pre-season testing will be translated in Australia, offering reigning world champions Mercedes its toughest challenge since the hybrid era was introduced in 2014.

Ferrari’s upturn in fortunes comes following sweeping regulations changes for this season which will see the latest generation of F1 cars the fastest ever.

Hamilton, who is a two-time winner in Melbourne, is however relishing the prospect of a close battle with Ferrari this year.

The Brit was quick to point out that a team is yet to win consecutive titles either side of a major regulation change.

“I see Ferrari being the quickest at the moment and I think they will be the favourites but we will find out more this weekend,” said Hamilton.

“Sebastian is normally a lot more hyped. I can tell he’s excited and trying to keep a lid on it.

“The more of a fight you have the more satisfying it is when you are victorious.

“We are down for a challenge and up for a fight – that is what I have prepared for.

“I can’t remember the last time they had three years and then a rule change.

“They should do more changes because there can often be dominance of a certain team, and sometimes it is hard to catch up.

“Doing changes spices it up. I have never seen fans so excited for a season because we don’t know where the teams are (relative to each other).

“I don’t believe any team has won back-to-back through regulation changes – we are here to win and to do something that no-one else has done.”

Ferrari’s Sebastian Vettel has rebuffed Hamilton’s claims, insisting Mercedes will be the team to beat this weekend.

“Mercedes has been in good form for the last there years and although the rules have been changed, if the team is strong they will build a strong car the year after,” said Vettel.

“I think it is very clear who is the favourite heading into the season.

“We are trying our best to catch up and how much we have succeed in that we will see.

“As the season goes on the cars will have big progression and all the teams will develop the cars.

“Whoever is in a good spot at the end will have a chance at the title.”

While all the focus has been on Ferrari and Mercedes, Hamilton is wary of the threat Red Bull will pose this season with updates expected to appear on the RB13 this weekend.

“I am very, very keen to see what Red Bull bring as they were quite far behind in testing compared to Ferrari,” added Hamilton.

“I didn’t see them bringing many upgrades you can see, so I assume they will bring some here and I’m excited to see what they do bring.

“Having more teams and more drivers fighting for the wins is what racing is about.”

The teams will kick off the new season with opening practice on Friday at midday local time.