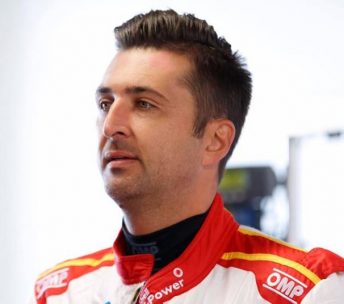 Fabian Coulthard shot to the top of the timesheets with a blistering lap after the chequered flag in Supercars’ only practice session at Albert Park.

Chaz Mostert, Rick Kelly, and GRM returnee Garth Tander all took turns at the top during a mid-session flurry, before Caruso became the first man to lap in the 1:56s bracket.

Van Gisbergen fell narrowly short of top spot with just a couple of minutes remaining, then, with the order seemingly settled, Coulthard hauled his Shell V-Power Falcon across the line well after the chequered flag had flown.

That bumped Tim Slade to fourth and David Reynolds to fifth, with the top 10 rounded out by Mark Winterbottom, Nick Percat, Mostert, Tander, and Will Davison.

Rick Kelly made no further improvement and was ultimately 11th, likewise Courtney in finishing 15th.

Whincup’s session began with a trip through the Turn 1 gravel trap on his first flyer, and the six-time champion never figured at the pointy end as he ended up 23rd.

There were also minor offs for Scott McLaughlin, who finished 25th, and Dale Wood during a relatively trouble-free session.

Supercars will be next on track for a succession of four 10-minute qualifying sessions, one for each race, from 17:00 AEDT this afternoon.