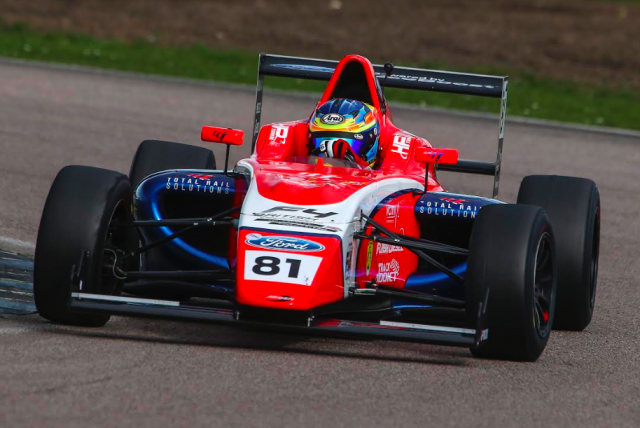 Australian single seater driver Oscar Piastri appears to be the man to beat in the British Formula 4 Championship this year after topping the final pre-season test at Rockingham.

The 15-year-old has moved England to contest the junior category for the renowned Arden Motorsport outfit.

Piastri topped the times in both the morning and afternoon sessions at the Northamptonshire circuit.

The Melbourne driver, who has also competed int the UAE F4 series, is eagerly anticipating his maiden campaign in the British series.

“I was really happy to finish the official tests on top,” said Piastri.

“It gives me a lot of confidence going into the first round at Brands Hatch where I was also fastest in testing.

“The times have been very close at the top, so the season opener should be a lot of fun.

“It seems like the testing season has been endless, with official and unofficial test days here in the UK, testing in Spain and also racing in the F4 UAE series.

“I also do a lot of work in the simulator to learn new tracks and also get ideas on different lines and braking points to try when I actually get to the track.

“Usually this means I find the pace pretty quickly and then we start refining the setup and looking at the data for that extra tenth.”

Piastri will embark upon his maiden British F4 Championship campaign when the series begins at Brands Hatch from April 1-2.