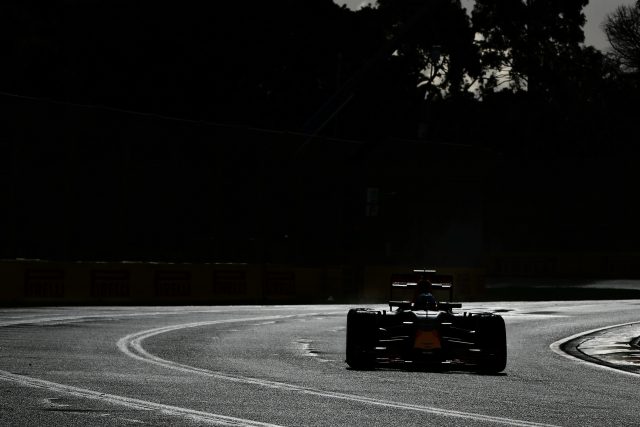 The revised Albert Park circuit is expected to come under intense scrutiny this weekend as it becomes the first venue on the calendar to welcome the faster 2017 specification Formula 1 cars.

All 21 circuits on the F1 schedule will undergo safety upgrades this year to accommodate the next generation machinery dubbed the fastest ever in the sport’s history.

It is expected drivers will lap the 5.3km Albert Park circuit 4-5 seconds quicker than last year due to new aerodynamic regulations and wider tyres.

The Australian Grand Prix venue has just completed a series of alterations to the circuit as stipulated by the FIA ahead of this weekend’s season opener.

Following simulations conducted by the FIA, revisions have been made to the tyre walls at Turns 1, 6 and 14, with the addition of extra layers of barriers. The new Tecpro barriers at Turn 12

The final part of the project saw the Australian Grand Prix Corporation team install an 80 metre stretch of Tecpro barriers worth $100,000 at Turn 12 on Sunday.

“We are happy. We obviously go through a fairly stringent inspection regime with all the contractors that build the track,” Davies told Speedcafe.com.

“We also have a process with CAMS and our engineering project managers to inspect and ultimately sign off the track.”

Given Albert Park is the first circuit to host F1’s new 2017 cars competitively, Craig Moca, the AGPC’s Division Manager of Infrastructure admits the circuit will be closely monitored.

“There definitely will be an increased focus on how the circuit will perform,” Moca told Speedcafe.com.

“We have had several other circuits get in touch with us to ask how we are dealing with things.

“We have one of the guys from the Baku circuit over this weekend to see how it is all done.

“The direction the FIA gave us was quite clear.

“We have had a bit of communication with CAMS but generally the document we received was very straight forward.

“We had to order 80 metres of Tecpro barriers from overseas which arrived at the beginning of last week.

“The Tecpro barriers are very new to us so getting the guys from Tecpro to train our guys to install them was quite key.”

The circuit will undergo an FIA track inspection on Wednesday at 3pm, ahead of the first day of track action on Thursday and Friday’s opening F1 practice session.