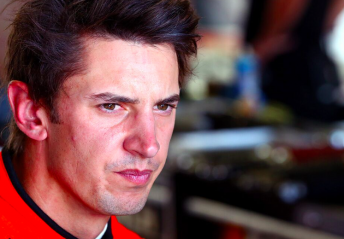 Supercars driver Nick Percat will return to his roots where contests the Australian Kart Championship round at Gelong next weekend.

The Brad Jones Racing star is set to swap his Holden Commodore for a Kosmic 125cc KZ2 kart at the Victorian circuit from April 1-2.

Percat will compete in the elite KZ2 class against the nations best talent in the second round of the five event series.

The 28-year-old will be joined on the grid by Brad Jones Racing Dunlop Super2 driver Macauley Jones.

Percat has maintained an attachment to karting having competed in the championship back in 2015.

“I’m really looking forward to racing at Geelong. It’s going to be enjoyable to race against the best young karters in Australia,” said Percat.

“It will also be pretty cool going up against Macauley. I’m not sure if Brad will be more nervous watching Macca or me.

“The beauty of racing the KZ is that the physical challenge is extremely high and getting every bit of speed out of them is a fine art.

“They certainly keep you sharp and ensure that you’re right on top of your game for when you climb back into the Supercar.

“I’ve managed to do a day of testing at Geelong before the event and think Jake (Spencer team-mate) and I could surprise a few.”

More than 265 competitors have signed up for the event at Beckley Park International Raceway.