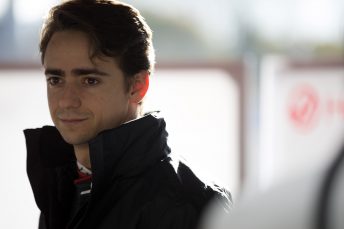 Former Formula 1 driver Esteban Gutierrez has joined the Techeetah squad for the remaining rounds of the FIA Formula E Championship.

The ex-Sauber and Haas F1 driver had been linked to the series after confirming plans to make can appearance in next month’s Mexican round of the series in January.

However, the Mexican driver has now been announced as a replacement for Chinese driver Ma Qing Hua, who has been dropped to a reserve driver role by the team.

The 25-year-old will make his series debut alongside team-mate Jean-Eric Vergne at the Julius Baer Mexico City ePrix on April 1.

“After four years of an incredible experience in F1, I’m now taking a step forward into the future of motorsports.

“I am especially excited about my debut race at the Mexico City ePrix. Hopefully I can put on a good show for the passionate home fans.”

Gutierrez scored six points during his three seasons in F1.