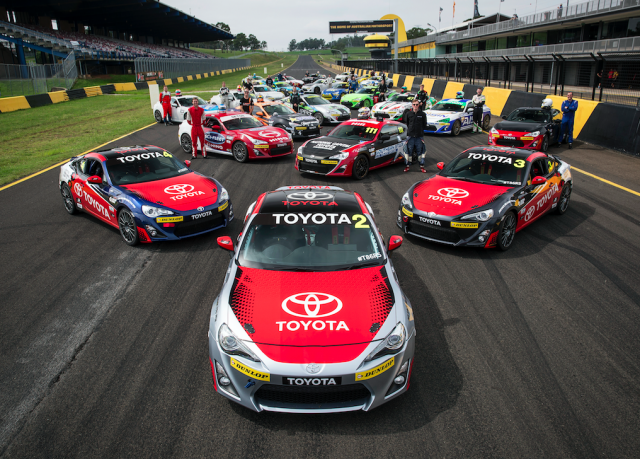 Following a highly successful maiden season, the one-make series officially uncovered its plans for its second campaign at a Sydney Motorsport Park launch, which was attended by Skaife.

This year the series returns with a five-round calendar aligned with the Virgin Australia Supercars Championship.

Racing begins at Phillip Island next month ahead of visits to Townsville, Sydney Motorsport Park, Bathurst. The season finale is scheduled at the Coates Hire Newcastle 500 in November.

The low-cost formula attracted grids in excess of 30 cars last year which is expected to continue in 2017.

The series has provided a proving ground for aspiring touring car drivers with 2016 champion Will Brown successfully graduating to Supercars’ Dunlop Super2 Series.

According to Skaife, the mixture of strong grids, low cost racing, while competing on the Supercars support bill has made the category a valuable step in the pathway to Australia’s top tier.

“I 100 percent believe that out of go karting and alongside junior open wheel racing this is a stepping stone for people who want to be touring car drivers,” Skaife told Speedcafe.com.

“It is a stepping stone to the Kumho Series, Carrera Cup or Dunlop Super2. It is a valid step.

“The grid density was good and so many young guys popped out of the end of that with some great racing quality and serious career aspirations.

“Will Brown is a great example. He is a seriously talented young bloke and was really good in not just the Toyota 86 Racing Series but the national Formula Four program.

“I couldn’t be more proud of the series helping develop talented young kids and giving them a proper opportunity with a good strong field.”

Category managers have re-eaxamined all aspects to the series which has included minor tweaks to the control clutch on the cars.

Similar to last year the series will once again welcome guest drivers at each of the five rounds.

Two experienced drivers will join the grid while a third will be employed as a mentor for competitors.

Jason Bargwanna and Warren Luff are set to pilot the guest cars at the Phillip Island opener from April 21-23.

Organisers have also confirmed a $125,000 prize pool will be on offer this year.