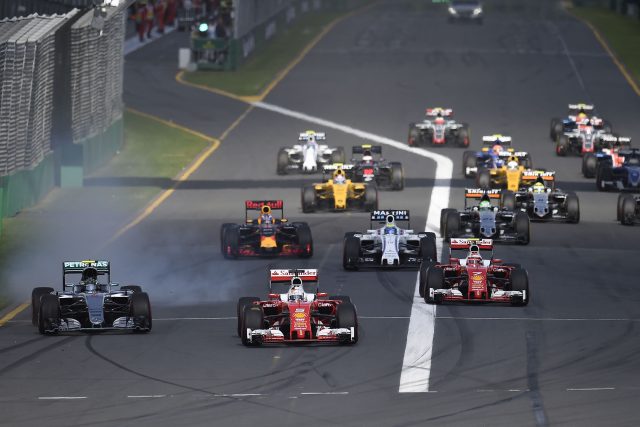 This week’s Pirtek Poll wants to know who you think will win the Formula 1 Australian Grand Prix.

After a lengthy off-season, the annual Albert Park championship curtain raiser provides a glimpse into the form book for the new F1 campaign.

Plenty of intrigue surrounds they year’s Australian Grand Prix which will see the competitive debut of F1’s fastest ever race cars, following an overhaul of the sport’s aerodynamic regulations.

While the sport has undergone dramatic regulations changes, it appears Mercedes and Ferrari remain the protagonists most likely to contend for victory in Australia.

The Maranello team is yet to show its outright pace following accusations of sandbagging during testing.

After enduring a winless 2016 campaign, the Scuderia could be set to start the season on a high.

Like Ferrari, the Brackley squad is expected to unleash more pace from its W08, which is equipped with an improved Mercedes power plant.

While Ferrari and Mercedes have grabbed the headlines in testing, Red Bull is among a group of teams looking to cause an upset in Australia.

The Milton Keynes squad boasts a stronger Renault engine for its driver pairing of Australian Daniel Ricciardo and Max Verstappen.

Boosted by the local crowd, Ricciardo will be desperate to break the drought for an Australian driver at his home event.

Likewise, Verstappen has proved capable of winning races, providing another contender for the race victory on Sunday.

Extensive regulation changes have in the past provided surprise results at the season opener, ensuring this year’s Australian Grand Prix is far from predictable.

Who do you think will win the Formula 1 Australian Grand Prix?