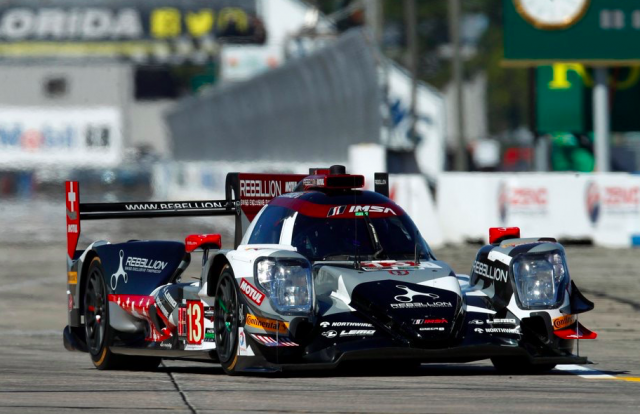 Need Jani on his way to pole

The reigning World Endurance Championship winner clocked a 1:48.17s which was three seconds under the previous circuit benchmark of 1:51.21s.

Jani’s effort came behind the wheel of the Rebellion Racing Oreca he is sharing with former F1 drivers Nick Heidfeld and Sebastien Buemi.

The trio pipped both factory Cadillacs in what was a hotly contested qualifying session at the Florida circuit.

Jose Gutierrez was fourth in the #52 PR1/Mathiasen Motorsport Ligier, while Ricky Taylor could only manage sixth in the Wayne Taylor Racing Cadillac. 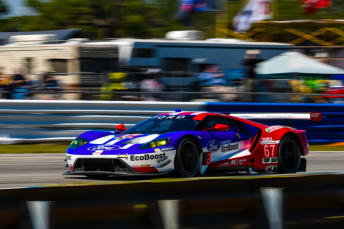 Australia’s Ryan Briscoe emerged as the star in the GTLM class by taking pole in the #67 factory Ford GT alongside Kiwi Scott Dixon and Brit Richard Westbrook.

The former IndyCar driver secured pole by a quarter of a second from the sister factory Ford GT of Sebastien Bourdais, Joey Hand and Dirk Muller.

In GTD, Tristan Vautier shattered the class lap record by 2.5s on his way to pole in the Sun Energy1 Mercedes AMG GT3.

Vautier is sharing the car with Australian Kenny Habul and American Boris Said.

Supercars champion Shane van Gisbergen will start from eighth in the GTD class following an effort from his WeatherTech Racing team-mate Cooper MacNeil in qualifying.

Gustavo Yacaman took pole by a desperately close margin of 0.069sec for BAR1 Motorsports in the Prototype Challenge class.

The Sebring 12 Hours is scheduled to begin at 0140 AEDT on Sunday.