While many eyes are on Shane van Gisbergen at this weekend’s Sebring 12 Hours, he won’t be the only ANZAC ‘local’ vying for honours in a Mercedes-AMG GT3.

Kenny Habul moved to North America to develop a list of business interests more than a dozen years ago and this weekend he makes his first appearance at Sebring.

He arrived at the track Thursday afternoon in time to do some night time practice laps and was quick today before his co-driver Tristan Vautier clinched the GT Daytona pole for the 12-hour event which starts at 10.40am local time or 1.40am AEDT Sunday.

While van Gisbergen and Habul will be in Mercedes GT3s this weekend, Aussie Ryan Briscoe and Kiwi Scott Dixon will be team-mates in the Chip Ganassi Ford GT Le Mans entry, which Briscoe put on pole in their class.

Originally from Queensland, Habul competed in Formula Ford, Formula 3 and the Dunlop Series before he moved to Canada, where he made appearances in the NASCAR Canadian Tire Series.

While racing took a backseat to business for a few years, Habul has been well and truly bitten by the racing bug again and loving every minute of it.

The booming success of his SunEnergy1 solar business has allowed him time to evolve his own racing career and also establish other motorsport marketing and sponsorship programs with some of the biggest names in the sport. 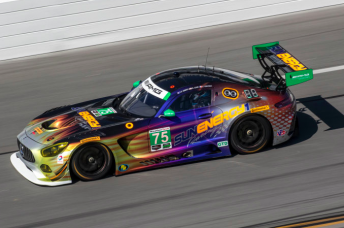 The SunEnergy1 Mercedes retired on debut at Daytona

This year that has included the establishment of the SunEnergy1 Mercedes-AMG GT3 team which made its debut at the 55th Rolex Daytona 24-hour in January, where Habul shared the car with fellow Australian Paul Morris, American Boris Said, Frenchman Tristan Vautier and German AMG driver Maro Engel.

Said qualified it 45th outright and 19th of the 27 GT Daytona cars in the field.

When Vautier exited pit lane with the fuel rig still attached in hour five, the resulting repairs cost about 15 laps.

A broken differential would finally end the day after 526 laps.

“I did the AMG deal in Germany and I have received tremendous support,” said Habul.

“The broken diff at Daytona was our fault because we did not listen to the AMG guys. But that is behind us and we are keen to get back into it this weekend.”

The Daytona 24 Hours was the first race of the 12-event WeatherTech Sports Car Championship which continues in Sebring.

While the IMSA Series is a new challenge, it is the NASCAR Xfinity Series where Habul’s passions lie. Kabul’s entry will start from pole in GTD at the Sebring 12 Hours pic: IMSA

He made his NASCAR Nationwide (Xfinity) Series debut at Road America in 2012 and finished a creditable 16th behind Nelson Piquet Jr after qualifying 20th.

Habul had a further five starts during that year and 2013.

He also made his NASCAR truck debut at Martinsville in 2013 and finished 26th after qualifying 30th.

The following year he took it up a notch and signed a deal to race with Joe Gibbs Racing in the Nationwide events at Road America and Mid-Ohio.

He finished 14th after qualifying 20th at Road America and started 10th at Mid-Ohio and finished 31st after and engine let go mid race distance.

In 2015 he had another three road course starts at JGR with a best qualifying and race result of 14th at Road America.

Last year Habul struck a partnership with JR Motorsports to run the road course races with his company SunEnergy1 sponsoring his car and Josh Berry’s #88 Camaro.

The sponsorship extended to Hendrick Motorsport’s Chase Elliott in the Sprint Cup Series.

Habul’s NASCAR career will continue this year in the Xfinity Series at Watkins Glen on August 5, Mid-Ohio on August 12 and Road America on August 27.

The Watkins Glen and Road America events clash with WeatherTech rounds at Road America and Virginia Raceway respectively, but NASCAR will take preference for Habul. 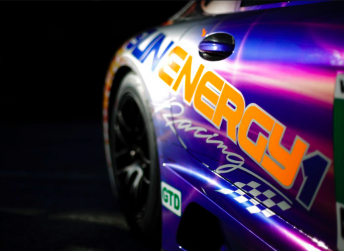 “I bought one of buildings that the Red Bull NASCAR team was in and on the day of settlement I turned up and there were four guys there and none of the gear had been moved out,” said Habul.

“I ended up buying everything that was there and some road course cars that day just so we could get on with it.

“We ended up racing those cars, but I was so naive about NASCAR and the difference between a good car and an ordinary car.

“Everything we brought was a generation old and we struggled.

“We worked it out eventually, but I decided that If I was to continue I needed some decent gear and that’s when I ended up with Joe Gibbs.”

The entry in the IMSA series this year was at the encouragement of Said and is designed to keep his eye in for the NASCAR events later in the year.

It is likely that Habul will do all the rounds except the two that clash with his NASCAR commitments later in the year.

“There is so much difference between the Mercedes and the Xfinity car so I don’t know how much value it is going to be for me, but it is a hell of a lot of fun,” said Habul. 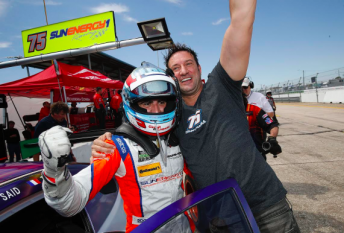 “It is difficult to turn up to those NASCAR races and compete against those guys who have been running all year so it was important to get something going.”

While his own company colours runs on the side of his personal race cars, he believes that his extended sponsorship spends with Hendrick Motorsports and beyond is more than justified with his returns.

“There is no doubt that the racing program is good for business,” said Habul.

“Our staff love it, our customers love it and their staff are into it and some of those customers have hundreds of thousands of employees.

“I have also established so many strong business relationships though the sport.”

Habul has a plan for the 2017 NASCAR campaign which is set to launch in a couple of weeks, and while he was guarded about what he has secured, you can be sure it will be another step up.

“It is important to get myself in the right gear and be prepared to give myself a decent shot at some serious results before it is time to hang up the helmet,” said Habul.

Next Story Dixon looks to emulate McLaren at Sebring