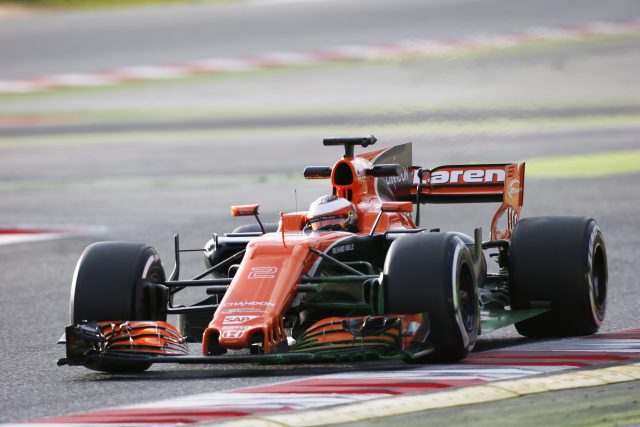 McLaren has struggled with engine difficulties in pre-season testing

McLaren says it is ‘considering its options’ following reports the team has taken steps to investigate the possibility of Mercedes replacing Honda as its engine supplier.

Reports have emerged that the Woking team has sounded out Mercedes regarding a customer engine supply deal following a disappointing pre-season testing program.

McLaren’s relationship with current engine supplier Honda is becoming strained after the Japanese firm encountered several reliability issues with the latest iteration of its power unit.

Honda has struggled to match its rivals Mercedes, Renault and Ferrari since returning to Formula 1 with McLaren as part of a long-term deal which began in 2015.

Fernando Alonso has been particularly vocal regarding Honda’s deficiencies during testing claiming the latest engine has ‘no power’ and ‘no reliability’.

McLaren has refused to comment on the matter but has revealed it is evaluating its current situation.

“Winter testing was challenging and disappointing,” said a McLaren spokesperson.

“We are working with Honda to address shortcomings and deficiencies. Together with Honda we are considering options, but we will not comment on media speculation.”

According to the BBC, Mercedes is open to the idea of rekindling a relationship with McLaren having supplied engines to the operation from 1995-2014.

Mercedes could step up to supply engines this season if required having been set to deliver engines to the now defunct Manor team this year before its recent collapse.

Honda’s Yusuke Hasegawa has acknowledge the firm’s pre-season issues and has assured McLaren his team will be working hard to resolve the flaws with its current engine.

“The winter test as a whole has been tough for us, however, it’s also true that the team has worked incredibly hard to make progress and I’m very thankful to each and every one of them,” said Hasegawa.

“They have done McLaren-Honda proud.

“We still have some more time before Melbourne and we’ll continue to work tirelessly with McLaren right up until we board the plane for Australia.”