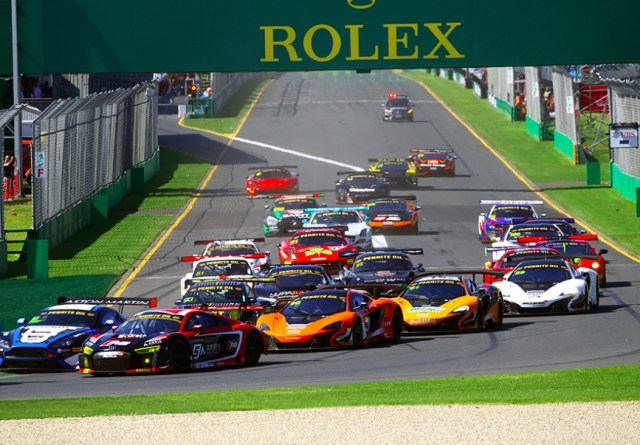 Australian GT has confirmed a 30 car grid at Albert Park

Former Ferrari Formula 1 driver Ivan Capelli is among the international stars set to line up in the second round of the Australian GT Championship at Albert Park next weekend.

The Italian, who drove for the Maranello team in 1992, will pilot a Trofeo Motorsport Lamborghini Huracan alongside car owner Jim Manolios, when the championship supports the Formula 1 Australian Grand Prix.

Organisers have confirmed a 30-car field for next weekend’s four, 25 minute sprint races, which will run to a revised format.

Capelli has switched to GT racing in recent years having enjoyed a career which included 93 F1 starts from 1985-1993.

The 53-year-old is a familiar face at Trofeo Motorsport having piloted the team’s Huracan at last month’s Liqui-Moly Bathurst 12 Hour.

Adding to the international flavour, McLaren factory driver Lewis Williamson has been enlisted to partner Fraser Ross in the Tekno Autosports McLaren 650S.

The 27-year-old Scot cut his teeth in single seaters, winning the 2009 BRDC Rising Star award and last year competed in the World Endurance Championship with Strakka Racing in the LMP2 class.

The South African will once again team up with Geoff Emery in the #74 Jamec Pem Racing Audi R8, with the sister car to be driven by Tim Miles.

Ferrari will also be represented by Rosso Verde Racing, who will enter a 458 GT3 for Irishman Hector Lester and Benny Simonsen.

Meanwhile, the newly constructed Zagame Motorsport team will make its debut in the championship with Cameron McConville and Adrian Deitz set to pilot a Lamborghini Huracan.

As previously reported, the grid will be boosted by two BMWs M6 GT3s following the news the operation will field an entry for Danny Stutterd.