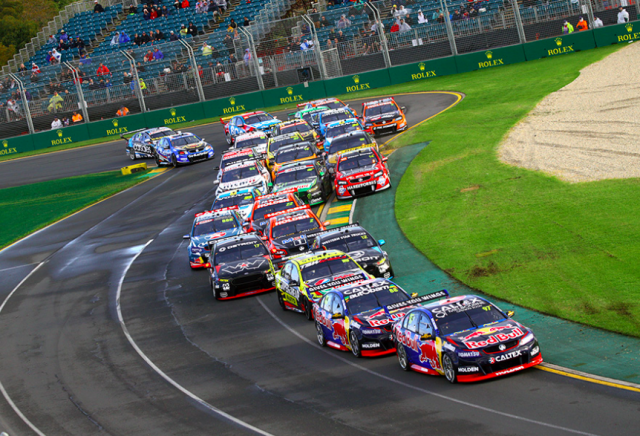 Supercars teams will face a fine balancing act of putting on a show for fans while trying to extract critical data from the new super-soft tyres at Albert Park next week.

The series is gearing up for its annual non-championship round, which supports the Formula 1 Australian Grand Prix, with this year’s event set to see the competitive debut of Dunlop’s newly constructed super-soft tyres.

Given its non-championship status, Albert Park has traditionally offered teams an opportunity to trial new components and set-ups without any undue risk.

However, the introduction of new tyres this season is likely to make the AGP schedule increasingly valuable for teams as they continue to understand the new rubber.

Mobil 1 HSV Racing boss Adrian Burgess says the non-championship round provides a challenge for teams to deliver on two fronts in the four 25 minute races.

The Walkinshaw squad conducted limited running on the super-soft tyres during last month’s Sydney Motorsport tyre test, thrusting even more importance on achieving an understanding of the tyres for future races.

However, Burgess admits his team cannot afford to just treat the whole weekend as a test session given the category is appearing on a world stage as part of Formula 1’s season opener.

“It is a balancing act,” Burgess told Speedcafe.com.

“You do want to put on a show as people are paying money to watch and you want drivers racing hard.

“You don’t want to have to turn it into a test session. Everyone will be trying things but equally there is a responsibility to the category and the fans to put on a show.

“For us we didn’t really do any running on the super-soft at Sydney so for us it is going to be interesting and exciting to run on that tyre a little bit more and learn about it.

“It will be an integral part of the learning process with this tyre. We are definitely going there with an approach that we want to learn.

“If the car is quick enough we want to be challenging for the podium and win in front of a good crowd, all the F1 people and some important sponsors.

“It is important to put on a good show but equally it will be important for the engineers and drivers to further develop their understanding of the super-soft tyre.

“There are lots of our sponsors there so you cannot afford to take the risk and get your set-up completely wrong when you have got all of these people watching.”

Burgess expects his team’s objectives regarding the amount of development work it will carry out next weekend will be determined by their pace in qualifying next Thursday.

“If you are in the midfield then you will be trying all sorts of things,” Burgess added.

“But if you are in the top couple of rows you will be trying all out to win the race and do the best job throughout the weekend.

“Sometimes in the midfield you can take more risk and take a bigger swing at a set-up.

“If you are near the front and the car is competitive then you tend to change your mindset in how aggressive you are with trying new set ups and components.”

The Supercars field will hit the track with a 30 minute practice ahead of four 10 minute qualifying sessions on Thursday March 23.