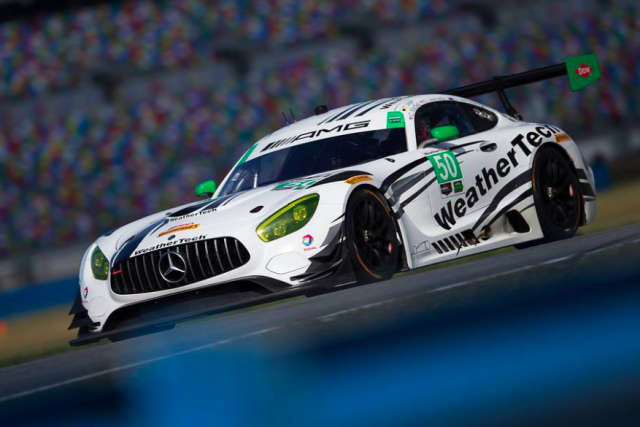 Van Gisbergen will again share the AMG GT3 with Americans Cooper MacNeil and Gunnar Jeanette for the once around the clock endurance, having joined the duo for January’s Daytona 24 Hours.

The Kiwi has never experienced the 6.02km Sebring International Raceway prior to this weekend’s race after being unable to attend the test day.

In a bid to fast track his learning process, the Clipsal 500 winner has been spending plenty of time on the simulator before heading to America this week.

“I have been doing a lot of laps on the iRacing simulator,” said van Gisbergen.

“Also some footage from the test.

“My initial thoughts is that it looks very bumpy, but fun. I hope we have good shock absorbers.”

Van Gisbergen is set to log his first laps at the venue later today, while the race is scheduled to begin 2340 Saturday night AEDT.