No penalty for Logano/Busch clash 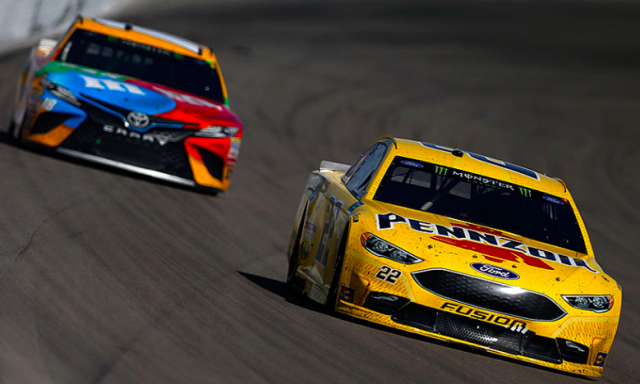 Kyle Busch (left) and Joey Logano prior to the clash

NASCAR has elected not to punish Joey Logano and Kyle Busch following their much publicised clash at the end of the Kobalt 400 at Las Vegas Motor Speedway.

The two drivers were involved in a heated confrontation post-race after the pair made contact, while running inside the top-five on the final lap of the race.

Following a detailed review NASCAR has deemed the incident did not warrant any sanctions.

“After a full review of multiple videos and discussions with both competitors and their respective race teams, we felt Sunday’s post-race incident does not warrant any further action,” said Steve O’Donnell, NASCAR executive vice president and chief racing development officer.

“NASCAR was built on the racing that took place on the final lap by two drivers battling for position.

“The emotions of our athletes run high, and Kyle Busch and Joey Logano are two of the most passionate and competitive drivers in the sport.

“Both competitors are very clear on our expectations going forward and we will be meeting with them in person prior to practice on Friday in Phoenix.”

VIDEO: Logano has since spoken to Busch following the clash.

Next Story NASCAR meets with Kyle Busch and Joey Logano