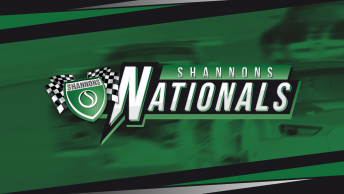 The new look Shannons Nationals will operate over seven rounds

The CAMS National Racing Championship has been reduced from nine to seven rounds following the release of a revised calendar.

Events at Winton Motor Raceway (August 26-27) and Morgan Park Raceway (September 23-24) have both been dropped from the original nine-event calendar.

“Due to limited interest from categories we elected not to run at Morgan Park as well as the second Winton round,” read a statement from CAMS.

“The finalised calendar features a wide variety of racing at seven rounds across three states on six circuits.”

The release of the revised calendar comes on the same day as the announcement of Shannons Insurance re-signing as the naming rights sponsor of the series for a further three years.

The deal will push Shannons’ involvement past the 10-year mark and make it one of the longest establish sponsorships in Australian motorsport.

“We’ve seen significant growth and interest in the Shannons Nationals and we think that it’s in a perfect position to continue to showcase all that is great in Australian motor sport,” Gates said.

Director of the Shannons Nationals, Michael Smith welcomed the extended agreement with Shannons, which has used motorsport to build its brand in Australia through the last decade.

“The success of the CAMS National Racing Championships to date would not have been possible without the support of Shannons and we know that we are on the right track with the enthralling categories we’ll see across the season,” Smith said.