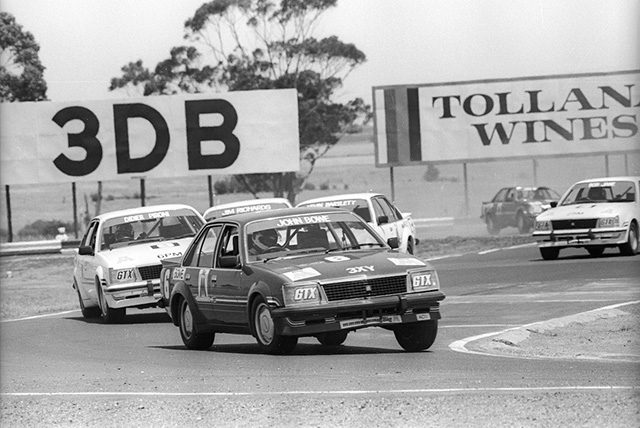 Today’s AN1 Images Memory Lane takes us back to 1980 and an exciting time in the business and motorsport life of Peter Brock and his emerging HDT Special Vehicles.

While many headlines focused on Alan Jones bringing his World Championship-winning Williams Formula 1 car ‘Down Under’, the ‘Race Of Champions’ was a support race at Bob Jane’s international event featuring the crème de la crème of Australian motorsport plus a few internationals racing a fleet of brand new HDT VC Commodores around the tight Keilor layout.

Many of these special HDT Commodores have survived to this very day and, in fact, the winning Bowe car was placed on display at the retro Sandown 500 round last September by owner Andrew Bond, whose family had owned it for two decades and only recently returned it to its 1980 Calder/Bowe make-up.

The AN1 Images archive held photos of this car from Calder 1980, allowing Andrew to get the stickers correctly shaped and sized for the car too! About two years ago the bullet was bitten for a restoration to occur, so the Bowe HDT Commodore was pulled apart and given a tidy up.

“I’d been procuring parts for it over the last 20 years but it didn’t really need a great deal of work, some panels were replaced from where it was bashed up a bit,” says Bond.

“The left front guard was pretty bad from where John had tidied up Charlie O’Brien in the second race! But otherwise we left everything as it was. It has new paint and the headlights don’t fit that well, but then again they didn’t after the first race at Calder after a few taps!

“I’ve been in contact with the owner of the Dick Johnson car so I’d like to tee up a time to go and have a look at the lettering and signs. There are so many great details I have picked up on the car from the photos I actually got from AN1 actually, details that I just didn’t have before!”